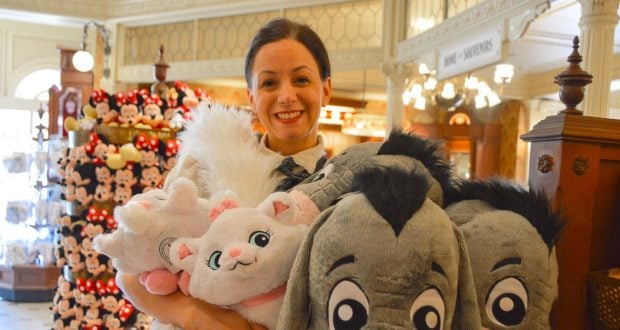 10 Inscrutable Requirements For Being A Walt Disney World Cast Member

Walt Disney World is known as the most magical place on earth, so many people dream of working there. It is the largest single site employer in the country, with over 62,000 Cast Members. Disney does have some pretty strict rules, but that’s because the company wants the best experience for the guests. Here are ten requirements for being a Disney Cast Member.

This is not really a requirement but it will definitely make the job a lot more enjoyable. People dream of going to Walt Disney World and if you’re a Cast Member, you’re paid to be at Disney. There are definitely worse places where you could be.

8) Being a People Person

If you are not a people person Walt Disney World may not be the best employer for you. If you’re working with the guests you are going to be surrounded by people all day. You will answer lots of questions (some of them silly or obvious) and help guests constantly. There are many behind the scenes jobs so there are ways around this, but being a people person is a plus.

As a Cast Member at Walt Disney World you will definitely need to know all things Disney. As said before, you will have lots of questions coming your way throughout the day. Studying up on Disney facts can make your day go a bit more smoothly. You’ll also learn a lot as you go through Traditions, which is part of the training program.

Walt Disney World is open 365 days a year, which means they are open on every holiday. Holidays are actually some of the busiest days for the theme parks, so that means they need lots of Cast Members on those days. If you’re visiting during a holiday season be extra nice to the Cast Members because they are spending their holiday trying to make your vacation magical, instead of being at home with their families.

When you become a Walt Disney World Cast Member you will learn a secret language among coworkers. There are many codes, and here just a few of them. ER means early release, ROS means release of service (which is a fancier name for ER). ROS is usually used for if you’re sick and have to leave. Bump Out usually means you have 15 minutes before you clock out. E-Stop means emergency stop, which means you have to stop what you’re doing. Code V stands for vomit. These are just a few of the codes that are used.

If you’re a Walt Disney World Cast Member you need to have a very clean cut image. That means no visible tattoos on anyone, and no piercings on men. You can only have a natural hair color and guys must have short hair.

It used to be that men who worked for Walt Disney World were not allowed to have any facial hair at all. Within the past few years they changed that rule. Guys can now have facial hair, but it must be neat and look professional. It must be fully grown in and well groomed. It also cannot be longer than a quarter of an inch in length. It is suggested that if a male Cast Member doesn’t have a beard and wants one that he grow it when he has several days off in a row.

If a Walt Disney World Cast Member needs to point they must use two fingers instead of one. It is a vacation destination for people all over the world and from all different cultures. Pointing with one finger is considered rude in some parts of the world. Disney wants everyone who comes for vacation to feel comfortable.

If you ask a Cast Member a question they are not allowed to say “I don’t know”. If they don’t know, they’re supposed to find the answer for you. They are also supposed to make you feel like your question is important. If you start with, “I have a stupid question” their answer will often be “There is no such thing”.