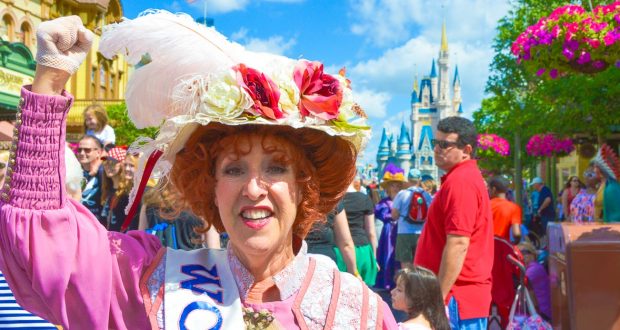 If you’re from anywhere that experiences an actual winter, with ice, snow, and freezing temperatures, the Floridian climate might be very appealing to you. I never realized how much I disliked the colder seasons in New England until I spent a year living in Florida. Just think about how nice it would be to be able to spend a day by the pool instead of where you currently live shoveling snow, and moving to Florida will start to sound really nice.

One of the most obvious plus sides of working at Walt Disney World is the perks. Free admission to the theme parks, merchandise and resort discounts, cast exclusive events and learning opportunities, special deals on Disney Cruise Line vacations, and the list goes on. While most jobs do have some perks, the ones offered by working from Disney are difficult to argue with. Want to spend about eight hours doing something really fun for free? Eat lunch at home then head to the Magic Kingdom, without spending a cent.

Because so many Orlando residents work in the tourism industry, not only at Walt Disney World, but also at other theme parks, hotels, the airport, museums, etc…, a number of local business will cater to those specific residents. Many restaurants offer discounts to Disney cast members, bars and night clubs host industry nights (often during the week so that residents who work odd hours in the industry can enjoy their weekend, even if that happens to be on a Tuesday), apartments set special rental rates, and they can even find deals at certain merchandise locations and with rental cars.

If I were to move to Florida, Orlando would be at the top of my list for where specifically I would like to live. The city has a lot to offer from dining, shopping, sporting events, and entertainment, and some of the best theme parks in the world are right in your backyard. Because Orlando is located in just about the middle of the state, most beaches and nature reserves are just an hour to a couple of hours away, making it fairly easy to see all that the state has to offer.

If you work in the hospitality and tourism industry in your hometown, your friends and family might not be a huge fan of the hours you work. I know from experience that having to work nights and weekends while being surrounded by people with a regular work schedule can be kind of annoying. In Orlando, where so many people do work in the industry, it is not uncommon to find things to do during the week that are usually only offered on weekends. Likewise, it is incredibly easy to make friends who have a similar schedule to you, and understand why you can’t make it to a barbecue on a Saturday afternoon.

One of the coolest things about living in Orlando is simply the ability to live where the rest of the country vacations. You’ll be surrounded by some of the best tourist attractions in the U.S., and you probably won’t be spending a lot of money to experience them.

If your family and friends do not relocate to Orlando with you, just think about how excited they’ll be to visit. And what better place to spend some quality time with your friends and family anyway?

The experience of working at Walt Disney World is unlike any other company you might end up working for. By working at a Disney park or resort, you’ll have the ability to create magic for guests everyday regardless of what your specific role is. Working for Disney is much more rewarding than most jobs in a way that is difficult to understand until you’ve experienced it for yourself.

Have you ever learned of an event that would take place in Walt Disney World, and even though you’re just itching to be there you know you won’t be able to get the time off from work and get down to Orlando in time for it? When you live in Orlando, it is much easier to make this dream a reality. If the Limited Time Magic promotion ever comes back, you’ll have the comfort of knowing that you won’t be missing out!

If you earned a degree in hospitality, tourism, hotel management, restaurant management, etc… or are otherwise looking to start a career in this field, Orlando is one of the best places for you to be. Even if you do not stay with the Walt Disney Company for the long term, having the name on your resume, and being able to talk about the guest services trainings you completed with Disney in later interviews will really work to your advantage when searching for a career in the industry.