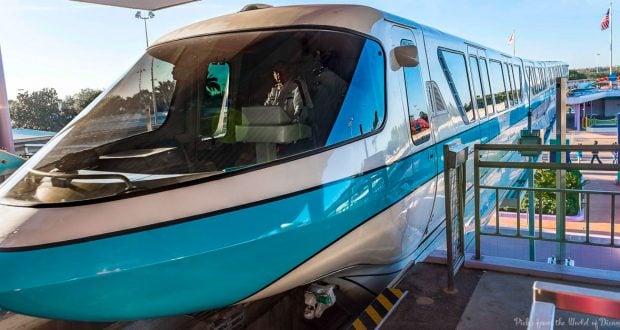 Guests who are visiting the Magic Kingdom park on a given day are actually walking around on the second floor thanks to the underground tunnels called the Utilidors. Combining utility and corridors, the Utilidors are the heart of the day to day operations in the park and house Cast Member services, operations like garbage collection and costuming, and are a way for Cast Members to move from one end of the park to the other without being seen by guests. While guests are usually never allowed into the Utilidors, those who take the Keys to the Kingdom Tour for an additional price are brought into the fabled underground area for a brief time during the tour.

Every Disney fan is sure to have an experience on their Disney bucket list which has them sparing no expense and going all out on a Walt Disney World vacation. For some it might be staying at a bungalow at Disney’s Polynesian Village Resort and eating at Cinderella’s Royal Table, and for others it might be staying at Disney’s Animal Kingdom Lodge and dining at the chef’s table at Victoria & Albert’s. No matter what the combination of experiences is, every Disney fan has a going deluxe option on their bucket list.

Every Disney fan wonders what happens behind the scenes in the parks and resorts at Walt Disney World, and an experience that they all want to have is to get a glimpse of the backstage areas. Luckily Disney offers plenty of tours which allow guests to go backstage in each park and see just how the magic is made. Guests who are huge fans of Disney’s Animal Kingdom can take the Wild Africa Trek and go on a private safari and each lunch in the Harambe Reserve. Guests who love Future World in Epcot can take the UnDISCOVERed Future World tour which offers them glimpses behind the scenes at pavilions like The Seas with Nemo and Friends. No matter what backstage area that a guest wants to explore on their bucket list, there is the perfect tour for them.

Located inside Cinderella Castle is the Dream Suite which features a lavishly decorated guest room. The suite was finished for the promotional Year of a Million Dreams and each day a different family was randomly selected to spend the night in the suite overlooking the Magic Kingdom. Today, guests are only able to stay in the suite if they win a contest by Disney. While the odds are slim, every guest has spending a night in Cinderella Castle on their Disney bucket list!

4. Eat In Every Restaurant

Walt Disney World is home to literally hundreds of dining options including quick service locations that serve up burgers and fries and full service locations which offer fine dining experiences. An item on every Disney fan’s bucket list is the chance to not worry about costs and be able to eat in every single restaurant in Walt Disney World. Guests could nosh on sushi while watching Happily Ever After from California Grill and wake up the next morning to breakfast with the princesses at Akershus Royal Banquet Hall. While it would certainly involve gaining weight, the chance to eat in every Disney restaurant would be amazing!

This bucket list item is something that could feasibly happen to a guest on a regular day in Disney’s Hollywood Studios depending on how lucky they are. Star Tours – The Adventure Continues takes guests into the Star Wars universe where they become members of the Rebel Alliance after finding out that there is a Rebel Spy on board. On each ride, one guest in the vehicle is chosen at random to be the Rebel Spy and their image shows up on screens for everyone to see. Every Disney fan wants to be the Rebel Spy at least once!

2. Experience Every Attraction And Show

With four theme parks, Walt Disney World is home to so many attractions and shows that it is impossible to see each one on a single Disney vacation. An item on many Disney fan’s bucket lists is to be able to have the time on each vacation to experience every attraction and show! From Avatar Flight of Passage at Disney’s Animal Kingdom to It’s A Small World at Magic Kingdom, guests find themselves wishing they could experience everything on each Disney vacation.

One of the most common wishes on a Disney fan’s bucket list is the chance to visit every Disney Park around the world! Guests who normally visit Walt Disney World or Disneyland dream of jetting off to Tokyo Disneyland, Disneyland Paris, or the Shanghai Disney Resort. To be able to fly to any of those locations on a whim without worrying about the cost or scheduling is something every Disney fan dreams of and something that is certainly on every guest’s bucket list!