10 Ways to Share Magic with Others at Walt Disney World

We all know Walt Disney World is “the most magical place on earth”, but did you know you can be part of creating that magic for others?  While the rides, attractions, and attentive cast members go a long way to create the magic, guests also have the opportunity to make things extra magical for each other.  Read below for ten ways to share magic with others at Walt Disney World!

or the monorail, or the boat…you get the point! If you’re lucky enough to be one of the first people on the bus at the end of a long day, you’ll likely grab a seat and relax.  If you’re physically able though, you could make someone’s night as the bus gets more crowded.  Pull your child on your lap to create space, or hop up and offer another weary traveler your seat.  You’ll get bonus points for offering your seat to an adult carrying a sleeping child! 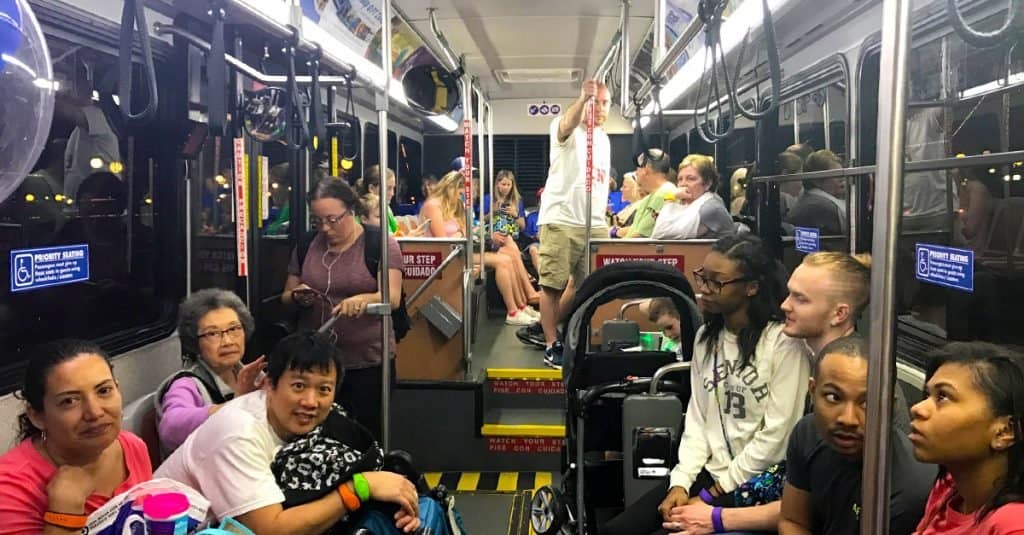 2. Let the littles go in front of you at the parade.

This one might sound like common sense but, simple as it is, a lot of people don’t do it. Even if you’ve staked out your parade viewing spot well in advance, let the kids who come after you move in front so they get a great view.  You’ll give extra magic if you let their parents sneak in front of you too so they can see their children’s magical reactions to the parade.

When I got engaged at Walt Disney World, it was so fun to wear a “Just Engaged” button. While I enjoyed the congratulations from the cast members, it was clear that they kind of “had” to say it.  What was really cool was the congratulations and well wishes from other guests, especially the ones that took the time to ask about the proposal or share their own story!  So whether it’s just a quick “Happy Birthday!” or striking up a conversation, when you see a button, say something! 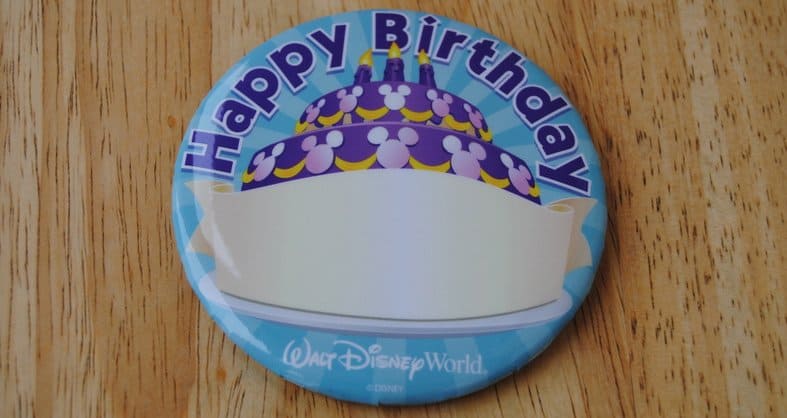 For this one, there is a basic version and an advanced option. The basic: When you see a couple struggling to get themselves both into a selfie, or a family rotating who is taking the picture, offer to take the picture for them!  While you’re at it, take a few so that they’ll all have their eyes open in at least one.  The opportunity for the advanced version doesn’t come along that often, but if it does it is a chance to give some major magic.  If you happen to witness something magical happening with another guest, anything from a marriage proposal to an extra special random character encounter, get your camera rolling and take some pictures or video.  Once the moment passes, check in with the subjects and offer to email them the shots!

When buying a balloon at Disney World, you will almost always see a child near you looking longingly at the colorful balloons floating in the sky. Pay for an extra one and ask the cast member to give it to that child.  You could also let the cast member know that you want to pay for the next person in line.  Another magical way to share balloons you’ve bought is to pass them off to someone checking in when you are checking out.  Offer to carry someone’s tray at a quick service restaurant 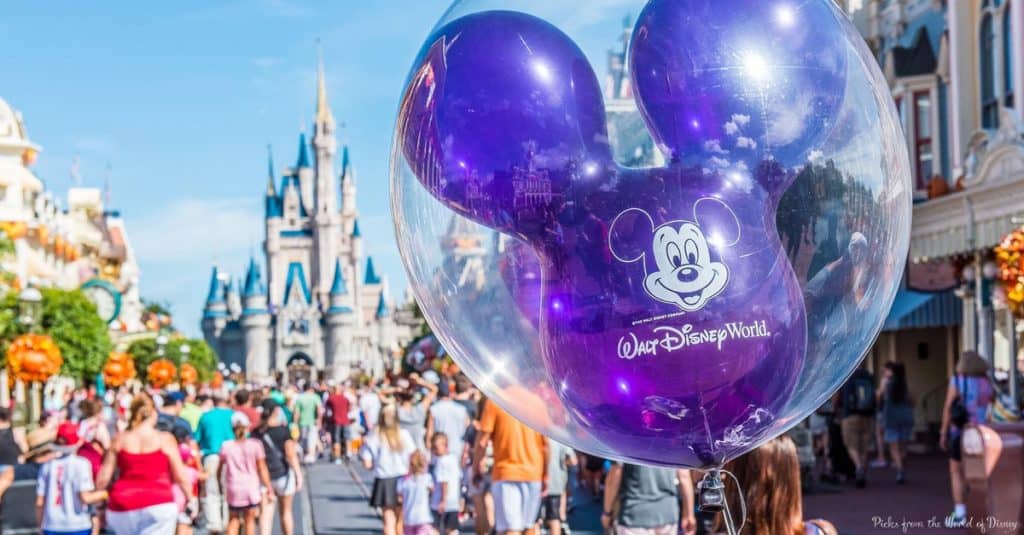 6. Carry a tray for a stranger

Next time you’re waiting for your food at a quick-service restaurant, notice how many people are struggling to their tables trying to balance multiple trays piled high with food and drinks. Bring some magic to their day by carrying one of their trays for them!  I experienced this magic from a stranger while I was trying to manage my tray and a squirmy one-year-old and it truly made my day!

7. Offer to help with directions

If you’re a Disney regular who is familiar with the layout of the parks, or even if you’ve just paid attention to your map, you will likely encounter disoriented guests that you can help! So next time you see some of your fellow guests pouring over a map and struggling to figure out how to get to the restaurant where they have a dinner reservation, offer to help!  It’s especially nice to do this for people who are desperately trying to find an EPCOT attraction while they are at Magic Kingdom! 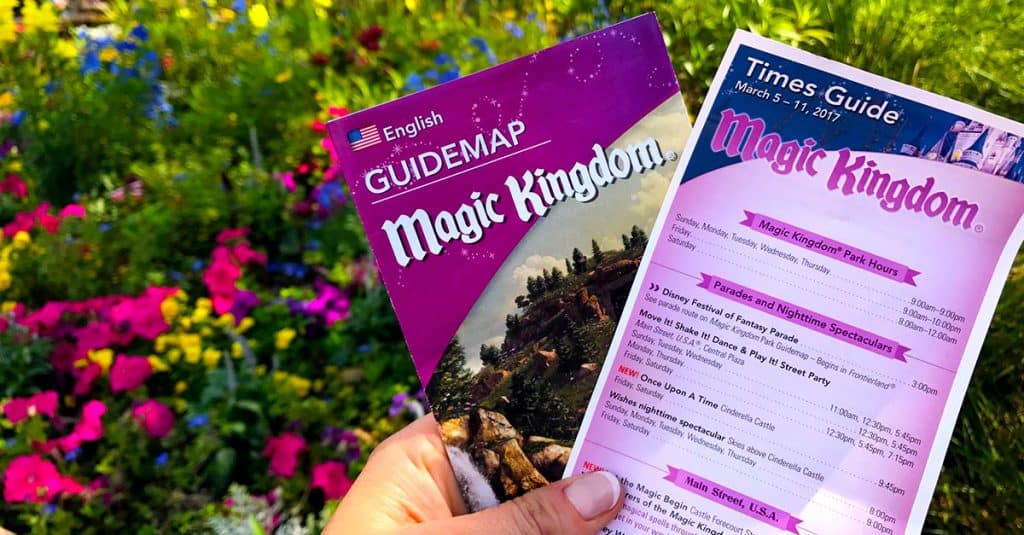 Night time is especially magical at the Disney parks. You can add to this magic for just a few dollars by picking up some glow sticks before your visit.  Bring them out at night and share them with others who are waiting for the night time entertainment to begin!

9. Point out a hidden Mickey

Did you know that there are hidden Mickey’s all throughout Walt Disney World? Keep your eyes peeled and you may find one.  When you do, share it with whoever is nearby! 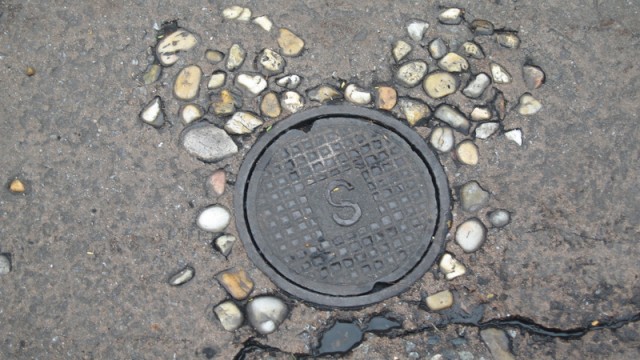 10. Be kind, patient and polite

This is another one that sounds simple, but can really help to share the magic. So many people are stressed and overwhelmed during their visits to Disney, trying to make the vacation perfect and magical for their families and trying to pack as much in as they can.  In the midst of all of these high-pressure visitors, be the one who opens doors, let’s someone in line in front of you, and gives some grace when the stroller rolls over your foot!  People won’t necessarily know you are sharing the magic, but it might be just the little thing they need to relax a little and enjoy the moment!