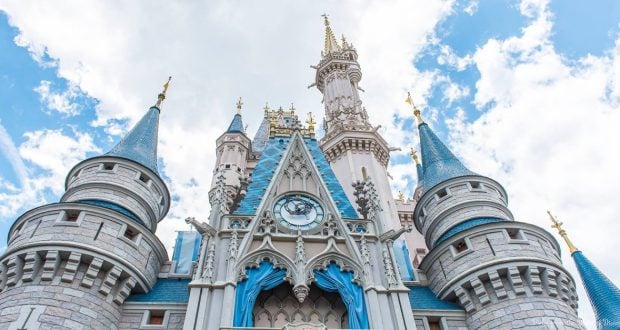 15 Things You Might Not Know About The Magic Kingdom

When most guests picture Walt Disney World, they are seeing the Magic Kingdom. With iconic buildings like Cinderella Castle, classic attractions like the Haunted Mansion and Pirates of the Caribbean, and amazing fireworks nightly in Happily Ever After, the Magic Kingdom is a guest favorite and where many spend the majority of their time on a Disney vacation. Despite being so popular, there are some things about the park that guests might not know. Some of these things might be purposely occurring behind the scenes whereas others might be hidden in plain sight. Here are fifteen things you might not know about the Magic Kingdom.

The first level of the Magic Kingdom is a series of tunnels called the Utilidors. These tunnels are located all throughout the park and house areas for Cast Members to get ready for work, take their breaks, and get around the park. In addition, many services such as garbage sorting happen in the Utilidors so that guests remain blissfully unaware on their vacations.

While walking along Main Street guests might not notice the windows high above on the second and third floor of the shops lining both sides of the street. These windows might seem like they are normal advertisements for local townspeople or businesses, but they are actually there as tributes to individuals who were instrumental in the development of Walt Disney World.

While Cinderella Castle might look as though it was constructed with stone, not one brick was used to build it! Instead, the castle is comprised of fiberglass and concrete made to withstand hurricane winds that are common in Central Florida. In fact, in the event of extreme weather, the castle turrets can even be removed for safety.

While passing through the Laughing Place on Splash Mountain in Frontierland, guests might notice a series of gophers who pop down from the ceiling above each log. They all seem to be cheering and the final gopher appears to say something different and is wearing an odd outfit. He is actually yelling FSU and wearing a red and gold shirt with the same letters on it. FSU stands for Florida State University, a school that many of the Imagineers who were responsible for creating the attraction were affiliated with.

When exiting the Haunted Mansion, guests can find a pet cemetery on the left hand side of the path just before reentering Liberty Square. Inside the cemetery are various tombstones and statues paying homage to previous pet residents of the mansion including the howling dog who can often be heard in the distance. Located in the far back left corner of the pet cemetery is a monument honoring Mr. Toad who previously had an attraction in Fantasyland where The Many Adventures of Winnie the Pooh currently resides.

Guests who are brave enough to blast into the unknown on Space Mountain might notice that they pass by a logo depicting Starport 75 several times on the line. While the location might sound like a fictional place made up to support the attraction, the 75 actually pays homage to 1975 which is the year Space Mountain opened.

Walt Disney’s Carousel of Progress is home to several Hidden Mickeys all located in the final scene depicting the family in modern times. On a back wall in the set is an abstract painting that resembles Sorcerer Mickey from Fantasia, under the tree is a giant plush Mickey Mouse, on the mantle is a nutcracker made to resemble Mickey, and on the kitchen counter is a pepper grinder sporting some interesting ears.

While sailing on the Jungle Cruise in Adventureland, guests can travel down the rivers of the world to experience adventure, corny jokes, and the backside of water. Along the way, each boat passes by half of a plane, the other half formerly resided in the Casablanca scene of The Great Movie Ride that was removed from Disney’s Hollywood Studios.

The Hall of Presidents is a must see for any history buff as it presents every president the country has had on one stage. The lobby of the theater is home to plenty of historical items and artwork and a pretty unique carpet. After entering into the lobby through the main doors, there is a section of the carpet that is fenced off. This is because that particular area of carpet displays the presidential seal which can only be found elsewhere in the Oval Office.

A ride on Prince Charming’s Regal Carrousel is a magic experience for both kids and adults, but there is one horse in particular that offers up a royal experience. Look for Cinderella’s horse who can be found with a golden ribbon tied to her tail.

Many guests will notice a unique page on the Tomorrowland Transit Authority PeopleMover that reads “Paging Mr. Morrow, Mr. Tom Morrow.” This page is a fan favorite as it pays tribute to Tom Morrow who was the previous host of Innoventions in Epcot. Listen for the announcement when passing through Space Mountian.

Many guests might not realize that one voice actor was responsible for several of the beloved characters currently in Magic Kingdom attractions. Paul Frees provided his talents as both the Ghost Host on the Haunted Mansion and the Auctioneer on Pirates of the Caribbean, making his a recognizable and beloved voice in Disney history.

While exploring Main Street, guests might happen upon old fashioned telephones mounted on the walls in The Chapeau and The Emporium. While they might look like just props, guests will be surprised to find out that they can listen into a party line when they pick up the receivers!

When taking to the skies on Peter Pan’s Flight, guests are offered the opportunity to soar high over London and Neverland. When passing over Mermaid Lagoon, guests should pay special attention to one of the mermaids who has red hair, a purple top, and green tail just like The Little Mermaid.