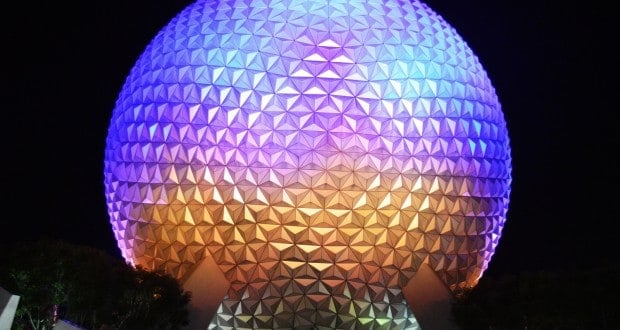 EPCOT is the Experimental Prototype Community of Tomorrow, and a beloved Disney World park that opened on October 1, 1982. This is a park that was created and modeled after one of Walt’s many ideas. This park holds a special place in the heart of all Disney fans, and also holds a few secrets that you may not know. Here are 4 secrets about Epcot at Walt Disney World:

The World Showcase is currently home to 11 countries: Mexico, Norway, China, Germany, Italy, American Adventure, Japan, Morocco, France, UK and Canada. The views are stunning and it seems like there are so many buildings there to make up the beautiful circle. Well, there is actually room for at least 8 more countries to squeeze in. It seems the plan may have originally been for more countries, but we haven’t seen that come to fruition yet. Some of this space I mentioned is being utilized by the Norway expansion. The Frozen sisters are using a little bit of that real estate with their attraction/meet and greet.

3. Spaceship Earth can fit in “The Seas”

Have you seen how massive the aquarium at “The Seas” is? Did you know that it is actually so massive that Spaceship Earth could fit fully inside? That is crazy to think about when we look at the massiveness of Spaceship Earth, but it definitely gives you more appreciation for the aquatic habitat at “The Seas”. Want a unique experience where you can check out this aquarium while you dine? Look at making a reservation at Coral Reef!

That is right! Everyone thinks of Magic Kingdom when they think of the tunnels where the utilidors are housed. Epcot doesn’t have quite the tunnel system that Magic Kingdom does, but it does in fact have some. There a U-shaped tunnel under Future World that is used to get equipment, supplies, etc. to the various locations in Future World. Pretty neat, huh?

1. Spaceship Earth has a drainage system built around the tiles.

Have you noticed that when it is raining the rain doesn’t create an effect that completely drenches guests standing around Spaceship Earth? That is because there is actually a drainage system that is built around the tiles to lead water to drain into the appropriate drain locations that also replenish the water in the lagoon. Disney sure does think of everything to preserve the guest experience!