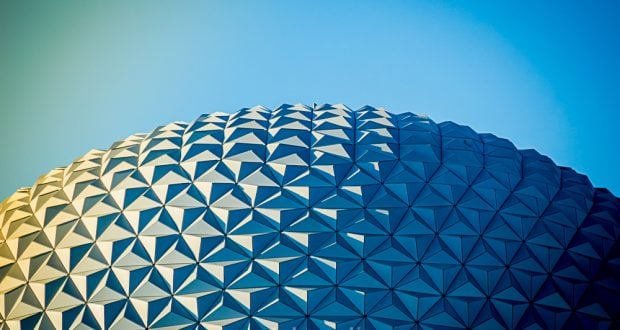 5. Be There for Park Opening

We highly recommend arriving at Epcot for park opening. The three most popular attractions with the longest wait time are Frozen Ever After, Soarin’, and Test Track. Epcot is on a Tier System, meaning you can only select one of these to FastPass when picking your initial three FastPass options. If you arrive at the park right when it opens, you should have no problem hitting both Soarin’ and Test Track without extremely long lines. Our recommendation is to FastPass Frozen Ever After early afternoon, head straight to Soarin’ at park open, then head to Test Track. If the standby line for Test Track is too long, you can always check out the Single Rider line.

World Showcase generally opens at 11 AM, which means that most guests tend to spend the entire first half of the day in Future World and the second half of the day in World Showcase. I like to split Epcot up into at least two days if possible, so I can have one day to do Future World at night when it is less crowded, and one day to do World Showcase when it opens at 11 because it is less crowded. This may not always be doable depending on what the rest of your touring schedule is like, but if you have the time during your trip to do this I highly recommend it as you avoid most of the crowds this way.

World Showcase receives a lot of gripe because of its lack of ride-style attractions. Regardless of the lack of rides, three of the countries offer circle vision movies that are well worth seeing, especially if you’ve never actually been to those countries. The movies can actually be quite entertaining, and if you’re visiting in the summer they can also be a great way to get indoors and enjoy some air conditioning. On a similar note, I’d advise against skipping any of the countries. Even if you know you’re not going to buy anything, each country is worth a quick visit for window shopping, and just plain old looking around and seeing what those countries are like.

2. Make a Lunch Reservation, Not Dinner

I find it easier to make a lunch reservation in Epcot over a dinner reservation, because if you’re planning on seeing Illuminations less of your time is taken up with lunch in the middle of the day. Having dinner instead of lunch in World Showcase can work really well for some people, but for me it always seems to end up with me waiting around to see if my table will have a view of Illuminations, or me stressing out that my dinner will run late and I won’t have a good spot to see Illuminations. I don’t like to have too many little parts of the day planned while I’m at Walt Disney World, so I find it easier to spread out the blocks of time for Illuminations and getting food.

1. Get a Spot for Illuminations Early

I generally advise against getting a spot early for the fireworks, at least for something like Happily Ever After at Magic Kingdom, but Illuminations is different. I don’t feel like it’s possible to get the full effect of Illuminations if you don’t camp out for a spot. While it is a fireworks show, there is still a lot going on that isn’t taking place in the sky. If your last minute spot that you walked up to has trees and other guests in the way, chances are you won’t have a good view (if any) of the globe, or of the countries of World Showcase lighting up. Anywhere around World Showcase will give you an excellent view of the show, you just want to be in the front against the railing, and not behind too many tall trees if possible. While I’m not a huge fan of camping out and waiting around for parades and fireworks, I almost always do this if I’m planning on seeing Illuminations, and this little chunk of time before the show starts also serves as a great time to get a snack like the Grey Goose slush in France, or a Cronut from the Refreshment Port.