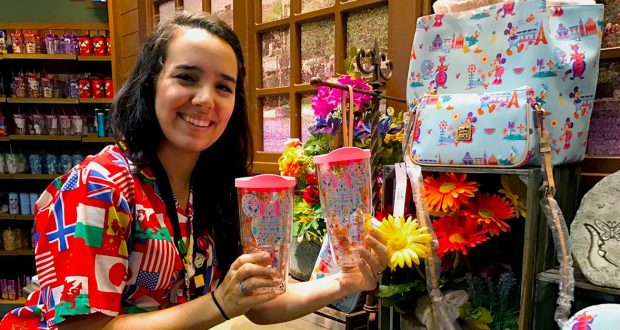 7 Points To Know About Cast Members At Walt Disney World

7. They come from all over the world

As the world’s most popular tourist destination, and as a leading company in the service industry, it’s really no surprise that so many people want to move to Orlando and work for Disney. This aspect of the cast also makes Walt Disney World rather unique in that you can easily meet people from all over the world, without ever leaving the United States.

6. They receive the best training in the industry

Disney provides, without a doubt, the best training in the service industry. Disney cast members are trained using the Four Keys Basics: safety, courtesy, show, and efficiency. The Four Keys can be applied to anything a cast member might do, both on and off the clock, as well as in any guest situation, and in any line of work. All cast members are requited to complete a Disney Traditions course, which introduces them to the company’s history and values, and helps to instill in them a sense of pride in their work that is difficult to replicate in any other company.

5. They make a lot of sacrifices

The Walt Disney World Resort is a 24/7 operation, meaning there are cast members working quite literally at all times. For instance, guests visiting the parks are not typically aware of how hard the third shift cast members worked to make the parks look show ready when they open each morning. Cast members also give up the time that they could be spending with their families to work and ensure that the guests are able to have a magical holiday experience at the resort.

4. They still get to have fun

While cast members may be busy working hard on the holidays, this does not necessarily mean that they don’t get to celebrate those holidays at all. Thanksgiving dinner is still Thanksgiving dinner, regardless of whether or not it’s celebrated on Thursday at 5:00 PM, or Monday at 11:00 PM. There are also plenty of ways that cast members are able to have fun with their time off, including cast exclusive recreational offerings, shopping experiences, and backstage tours, just to name a few.

Disney’s training programs are very safety focused– which should come as no surprise as safety is the first of the Four Keys. Cast members are trained to make safety the focus of everything they do. You may think that safety really only applies to cast members working in certain roles like attractions or transportation, but it really is an important concern for every cast member. Each role, even things you may find unexpected like custodial or merchandise, has training so that cast members can learn about all the different ways to keep guests and themselves safe.

Sometimes guests have misconceptions about what cast members actually do for work. One day for instance, while I was working at Lights, Motors, Action! I was outside of the attraction greeting guests who were entering the show, when a guest commented that I must have an easy job, just standing around and waving. This is one example of a fairly common misconception that the major duties of a cast member are as simple as smiling and waving. Any job in Walt Disney World really does require a great deal of work. When Lights, Motors, Action! was still around, for instance, greeter was only one of the many positions I could have possibly been working– it was only a small snapshot of what I actually did. And, even while at the greeter position, it is still important to monitor guest safety, and uphold the rest of the Four Keys, all while working outside in Florida’s brutal heat and humidity.

Cast members love making magic for guests. In fact, you’re their motivation for going to work everyday! Nothing makes a cast member’s day more than knowing that their hard work really went a long way in creating a positive experience for a guest. Want to make sure cast members get recognition for the magic they created for you? Remember their names and hometowns, and stop by Guest Relations to let them know how great they were. Cast members who receive Four Keys cards (which explain why what they did was so special) will have them noted on this record cards, which can be helpful if they are trying to move up in the company.