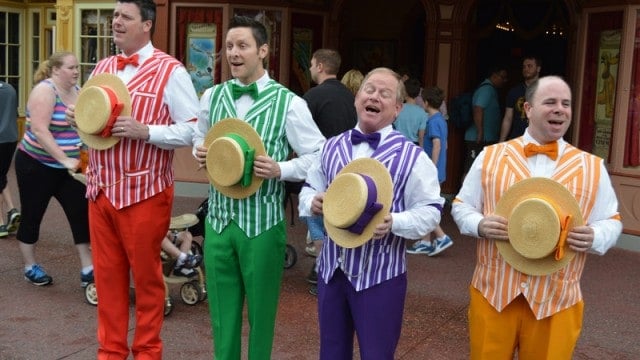 5. Street performers
Street performers are most often overlooked by guests in the theme parks because they miss their performances in favor of rushing to rides instead. Unlike some amusement parks you might be familiar with, Disney is not all about rides. Disney is a theme park, not an amusement park. A theme park immerses the guests into theming so elaborate they are transported into a different world. Street performers add a lot to this theming, and they can be really entertaining. The next time you’re in the Magic Kingdom and the Dapper Dans come out, or in Hollywood Studios and Mulch, Sweat, and Shears, is performing, just stick around and watch them for a little but—you’ll be happy you did.