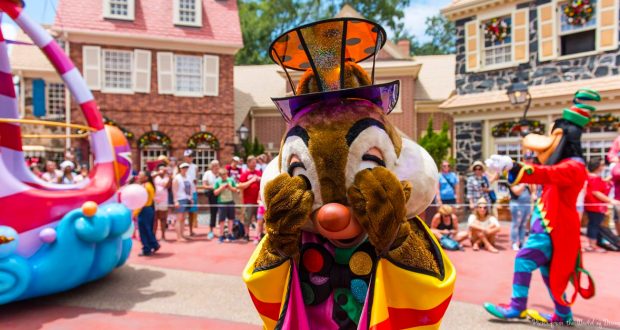 Especially after having worked for Disney in the past, I’ve come to see not following cast member instructions as some of the worst behavior in Disney parks. When a cast member instructs you to do something it is for a reason—and with Disney that reason is probably safety. For instance, when you are told not to stand up on your boat on Pirates of the Caribbean, this is for your own safety. The boats do not balance well when one person decides to stand when it is not at the dock, and you can easily fall out and hurt yourself. If you’re at a show like Lightning McQueen Racing Academy, and you are told not to climb over the benches, this is also for your own safety—the cast members are simply instructed to tell guests not to do such behaviors to stop them from potentially falling and hurting themselves.

Sometimes I get on the bus or monorail, and feel like I’m the only person whose ever taken public transportation before and has a clue what to do. For starters, you should move all the way to the back and fill in all of the available space. (Can you tell I’ve worked in attractions?) Filling in all of the available space on the bus will allow more guests to fit on and get to where they’re going faster. Now for seats—don’t give your backpack or purse a seat when other guests are standing. You can easily hold your bag on your lap and give someone else a chance to sit down. This also means placing children on your lap instead of a seat if they’re small enough so others can sit down, or having them stand if they’re given seats that they won’t stay seated on anyway. And of course, let’s not forget common courtesy—if you see someone who seems like they might need a seat more than you do, offer yours to them.

Listening to people complain in Walt Disney World is one of my biggest pet peeves. More often than not, these complaints are the direct result of crowds, waiting in line, and heat (or in some cases rain.) None of these things can be avoided in Disney, so you and the guests around you will have a much better time without the negative attitude. Remember, a rainy day in Walt Disney World is still better than a sunny day at home.

I can understand if you’re in line, and then your youngest needs to use the bathroom. That’s totally fine. What is not totally fine is when one person holds a spot in line, and twelve others cut in line to meet up with them. If one of the children needs to use the bathroom, send one adult back with them and that’s it. It’s much less aggravating for other guests when a parent and child need to get back in line after a bathroom break, than a whole family meeting one person who waited in line alone.

4. Not controlling (or at least attempting to control) kids

Many people give parents a hard time for not controlling their kids. It’s Disney World, kids are supposed to be kids and have fun. As long as the kids’ parents are attempting to control them, I don’t have a problem. I can sympathize with parents who are trying to get their kids under control, but it just isn’t happening, however when kids do something wrong and parents ignore the situation, it becomes awkward for everyone in the general vicinity who has no power to do anything since it’s not their kids.

3. Not understanding how walkways work

Sometimes guests stop in the middle of walkways. It kind of makes sense, you’re on vacation, you’re looking around at everything, maybe you need to stop and look at a map… whatever the reasoning, if you need to stop walking, while on a walkway, I’d suggest pulling over to the side. Think of the walkway like a highway: people can pass you if you go to slow, and that’s fine, and if you stop you should pull over so you don’t block the way for others.

With the abundance of trash barrels in Walt Disney World, I will never understand why people would ever think to throw their trash on the ground. There is never a good reason to litter, so this will always be one of the worst guest behaviors in the park to me.

Flash photography on dark rides is the worst of the awful park behaviors because it ruins the experience of those attractions for other guests. Dark rides are specifically made to be seen in the dark, so as you’d imagine, they don’t look so great with the lights on. By taking flash photos, your exposing the parts of the attraction that you’re not meant to see to other guests, who might not want the magic to be ruined. (In addition, your photos would more than likely turn out better without the flash anyway, as the show scenes are not meant to be viewed under added light.)