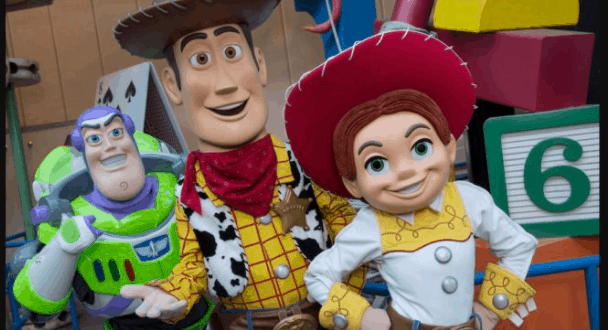 8 Best Experiences for a PIXAR Day at Walt Disney World

Before 1995, most people had not heard of a tiny little company out of California called PIXAR. But 1995 would forever change that and put PIXAR on the map. With the theatrical release of Toy Story (and a little help from Disney), PIXAR began its rise to success. Over 20 years later, PIXAR has multiple films to its credit—some like Toy Story and Cars that have even turned into multi-movie franchises. But the best part is that Disney and PIXAR fans alike can experience the magic of PIXAR at the most magical place on earth! Walt Disney World is home to several PIXAR-themed attractions and character meet-and-greets that will have you singing “You’ve got a friend in me,” not to mention the new Toy Story Land, set to open at Hollywood Studios over the summer. Here are 8 of the best experiences to have at Walt Disney World to make it a magical PIXAR day!

If you’re up for a rootin’ tootin’ good time that’s out of this galaxy, you’ve got to meet Woody and Buzz at PIXAR Place at Hollywood Studios! It’s a fun and interactive character encounter—as you wind through the queue to meet the dynamic PIXAR duo, you can pose for pictures with all kinds of props inspired by the Toy Story films! Then step right up and say hello to Sheriff Woody and Space Ranger Buzz, pose for pictures and have a chat—all inside Andy’s room!

Lads and lassies of all ages are invited to meet Brave’s Merida at Fairytale Gardens in Fantasyland near Cinderella Castle at Magic Kingdom. Practice archery (and shoot for your own hand), pose for pictures and ask the Scottish princess to sign your autograph book!

At Tomorrowland, you and your family can board a rocket and blast off to the outermost reaches of the galaxy as you test your skill in laser shooting. Targets are all around you—how many can you hit? Watch out for Emperor Zurg! Each target hit awards you a different number of points. Who will have the most points in your family?


5. Get the creepy-crawlies at Discovery Island – Animal Kingdom

Eeewww! If morbid curiosity keeps you awake at night, wondering how bugs survive in this massive world, you’re in luck. Animal Kingdom’s “It’s Tough to Be a Bug” attraction, inspired by PIXAR’s A Bug’s Life will answer all your questions with a 3D show in the Tree of Life Repertory Theater at the base of the Tree of Life.

Visit the Seas with Nemo and Friends pavilion to help Marlin and Dory find Nemo. Board a clamshell and set out on this adventure, inspired by PIXAR’s Finding Nemo. Nemo, Dory, Marlin, Bruce and all the beloved characters from the feature film are there and—spoiler alert—you get to find Nemo! Then enjoy beautiful sea life of all kinds at the massive Living Seas Aquarium when you disembark—it’s so big that Spaceship Earth could fit inside it!

3. Laugh ‘til you cry at the Monsters, Inc. Laugh Floor – Magic Kingdom

Step inside the only comedy club in Monstropolis and take in the silliest improv show you’ve ever seen hosted by none other than Mike Wazowski from PIXAR’s Monsters, Inc. Other monster friends join the fun in this interactive show that has Guests in stitches as the audience participates and Mike tries to fill the yellow laugh container before Roz stops him. No two shows are the same so be sure to see the show when you visit Tomorrowland at Magic Kingdom!

When Toy Story Land opens this summer, PIXAR fans of all ages will celebrate! We can finally meet Jessie when we meet Woody and Buzz! All three of these beloved characters from the Toy Story film franchise will be on deck permanently at Toy Story Land to meet Guests, pose for pictures and sign autographs! We can’t wait!

Not only will Guests be able to meet Woody, Jessie and Buzz at the new Toy Story Land—they’ll also get to hang out with Slinky! At the all-new Slinky Dog Dash attraction, Guests will board a fun family coaster inspired by Woody’s beloved sidekick. Hang on tight to Slinky’s coils as you race along the track that Andy has constructed in his backyard! It’s going to be a blast!