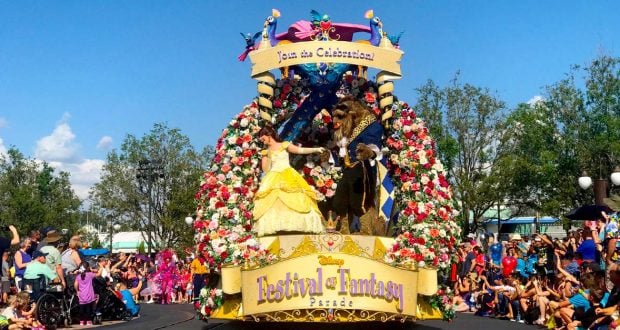 8 Things I Must Do At Every Walt Disney World Trip

In most cases when I stumble upon a Disney World must do list, I get the impression that it’s written for first time visitors. These lists often include things that I might not actually consider to be “must do’s” but they would be something I would suggest if you’ve never been to Walt Disney World before. Keeping this thought process in mind, I’ve compiled a list of my own must do’s, with careful attention to things I’ve done as a first time visitor that I need to do again and again, as well as new things I experience each trip:

My favorite way to remember each of my Disney trips is to create a scrapbook. Unsurprisingly, scrapbooking is way more fun when there are some unique or funny pictures involved. Scrapbooking allows me to exhibit some creativity even while I am still on vacation. Some of the best photo memories I have, came from magic shots with the PhotoPass photographers, or on certain rides. While I don’t find Dinosaur to be absolutely terrifying, it is a great opportunity to post for a unique picture.

One of my favorite things to do is to watch some of the shows at Walt Disney World that heavily involve children in the audience. Whether it be at Enchanted Tales with Belle, where the kids act out the story of how Belle and the Beast met, or the Jedi Training Academy, where they can put their skills to the test against Darth Vader, there is not a feeling in the world that can describe what those kids are experiencing in those exact moments. I enjoy watching these shows, because there is nothing better than watching kids live their dreams, all thanks to some Disney magic.

During every Walt Disney World trip, I have to make time to meet some of my favorite characters. From Rapunzel to Mickey, or sometimes whoever is out and about from one of the newest Disney movies, meeting characters will always be an important part of my trips to Disney.

Even if you’ve been to Walt Disney World thousands of times, I would never believe you if you said you’re tired of watching parades! The Festival of Fantasy Parade at Magic Kingdom is absolutely incredible.

Even though I’ve been to Walt Disney World more times than I can count, I’m always coming across little things I haven’t experienced yet. I’m trying to make it a point on each trip to do at least one new thing. Recently it’s been Sorcerers of the Magic Kingdom, but adding new things that I’ve never done before makes my trips more exciting, and keeps me coming back.

No trip to Walt Disney World is complete without a taste of your favorite Disney snacks. While there are so many delicious snacks to choose from, I’ve narrowed down my favorites to churros and funnel cake. But others like popcorn, cream cheese pretzels, Dole whips, turkey legs, or corn dog nuggets, might be at the top of your “must-do” list.

My favorite rides in each park are the Haunted Mansion in the Magic Kingdom, Spaceship Earth in Epcot, Rock ‘N’ Roller Coaster in Hollywood Studios, and Avatar Flight of Passage in Animal Kingdom. No Disney vacation would be complete without being able to go on each of these rides at least once. While your favorites might differ from mine, I’m sure you’d agree that a trip to the parks is not complete without riding your favorite attractions.

Happily Ever After at Magic Kingdom replaced Wishes beautifully, and is my favorite nighttime spectacular! I absolutely try to make it to Happily Ever After at least once per trip, but if this doesn’t happen, I would definitely settle for Epcot Forever, Fantasmic, or Star Wars: A Galactic Spectacular at Hollywood Studios. Any of the evening performances are great ways to end your day, (or your entire vacation) at Walt Disney World. A trip simply wouldn’t be complete without getting to see at least one of them.