8 Things Never to Do at Walt Disney World 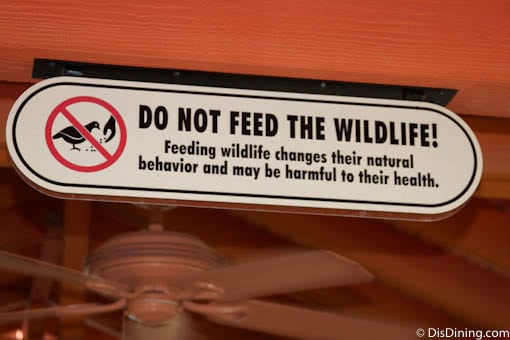 This point isn’t just referring to the animals that you go to Animal Kingdom to see, but rather I’m referring to all animals on Disney property. First of all, feeding animals is against the rules at Disney, so if you start feeding your meal to a duck, you’re putting some poor cast member in the awkward position of having to tell you not to do that. Secondly, the reason why this is a rule is primarily because it’s bad for the animals. And lastly, feeding the animals causes a problem where the animals become viscous towards guests who don’t feed them. So let’s say I feed a crane, and after I get up to leave, the crane begs you for food, and you refuse (knowing that people food is bad for it, and it’s against the park rules). And now the crane attacks you, because it’s not getting what it wants. Feeding the animals just leads to all sorts of problems, so it’s really much better to not get in the habit of doing this.