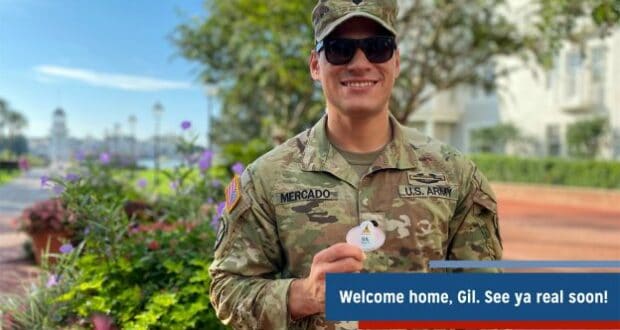 Although this may not necessarily be theme Park related, stories like this are worth sharing. Gil Mercado just completed a second tour of duty in Afghanistan and had a welcome home at Disney’s Yacht and Beach Club. You can see the video here.  Cappy Surette shared on Disney Parks Blog:

“Welcoming home those brave military personnel who have been serving overseas in defense of our nation’s freedoms is a time-honored and highly anticipated event. Walt Disney World Resort cast members upheld this tradition by giving a hero’s welcome to a Disney’s Yacht Club Resort cast member who recently returned home from a six-month deployment to the Middle East. 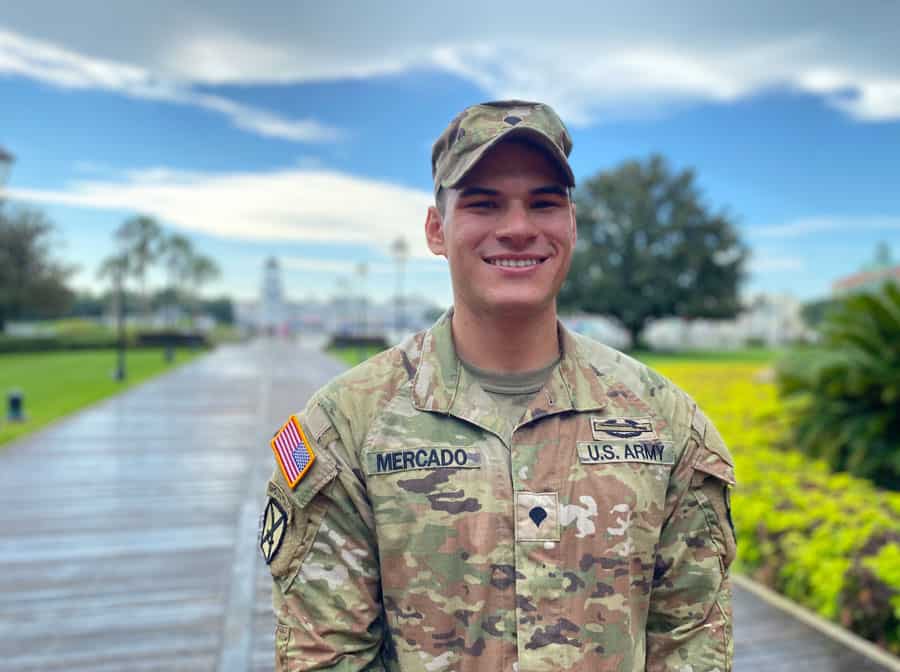 Gil Mercado, a 23-year-old culinary specialist at the Yacht Club, recently completed a second tour of duty in Afghanistan with the U.S. Army Reserves as a member of the 4th Battalion 31st Infantry regiment. On his first week back in the United States, Gil visited the resort to enjoy the Disney Magic he missed while serving far from home. He was warmly greeted by Walt Disney World executives and his fellow cast members, including members of Disney’s SALUTE veteran group to officially welcome him home.

“Our cast family was so happy to welcome Gil home to Walt Disney World,” said Kim Marinaccio, General Manager, Disney’s Yacht and Beach Club Resorts. “I grew up in a military household, so being able to welcome this brave Soldier and Disney cast member home and thank him for his service was special to me. In fact, it was the highlight of my 31-year career with Disney.”

During his deployment, Gil shared that he never lost sight that he was a Disney cast member and tried to share magic when he was able with those in his Army unit and those they interacted in the remote terrain.

“As a cast member, we learn that our goal is to create happiness and try to make magic anywhere you are,” said Gil. “Before I deployed, I packed a roll of Mickey stickers in my bag, which I was able to share with local children as our unit traveled. Seeing the smiles on the kids’ faces was priceless.”

The young soldier, who is about to test for his sergeant’s stripes, also reported that the meal he missed the most while deployed was a steak. So, Kim and SALUTE hosted him with a welcome-home breakfast at his home restaurant: Ale and Compass. And when the chefs learned who it was that they were serving, they supplemented his breakfast with the largest butcher’s-cut steak in their kitchen. 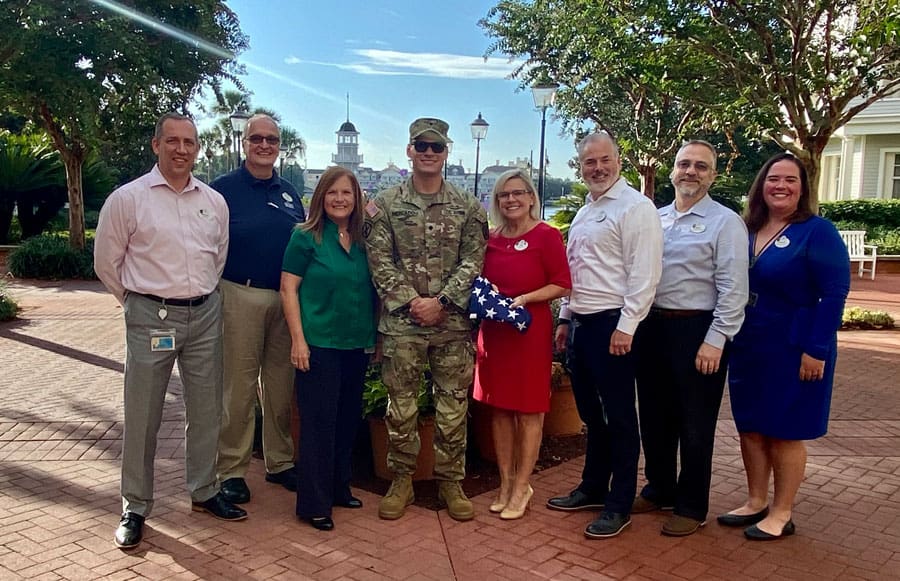 The proud soldier and cast member, who comes back to his Disney role after the turn of the year, said he was grateful for, and enjoyed, the few hours of homecoming.

“I am proud to be out there serving in military uniform and appreciate Disney’s support while I’m away serving my country,” said Gil. “It’s funny what you find yourself missing most when living in challenging conditions. I really missed walking barefoot in the grass, feeling the rain and walking around Disney parks. I’m glad to be able to do all three this week!”

We salute Gil and all the military personnel who continue serving in our nation’s armed forces around the world.”

Our Military are true heroes, and it is great that Walt Disney World gives them the recognition they deserve. Make sure to thank our troops every chance we get.

Keep up with all the latest Disney information here and go give our Facebook page a like.