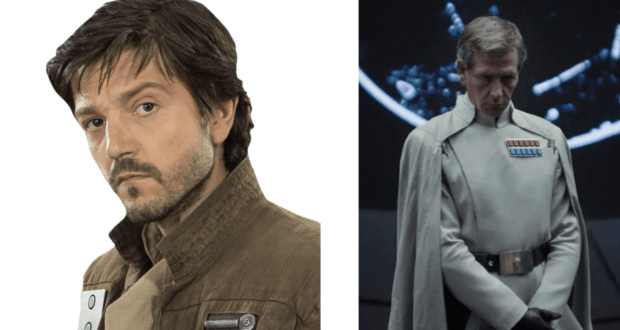 The new Andor series is in production and we are constantly learning about new casts joining the production.  Last week we learned that Forest Whitaker would be returning and now we hear that Ben Mendelsohn is coming back as well.

Ben Mendelsohn, who played the role of Director Krennic in Rogue One: A Star Wars Story, will be reprising his character in the upcoming Andor prequel series. Since his initial appearance in Rogue One, Krennic has yet to appear on screen elsewhere, which will make this his second appearance in a Star Wars film or show.

This new series focuses in on Cassian Andor (Diego Luna) who we first saw in Rogue One.  This series takes place before the events of Rogue One. Actors new to the Star Wars universe that are confirmed to appear including Stellan Skarsgård, Fiona Shaw, Adria Arjona, Denise Gough, and Kyle Soller in undisclosed roles.

Is there anyone else you would like to see join the cast?