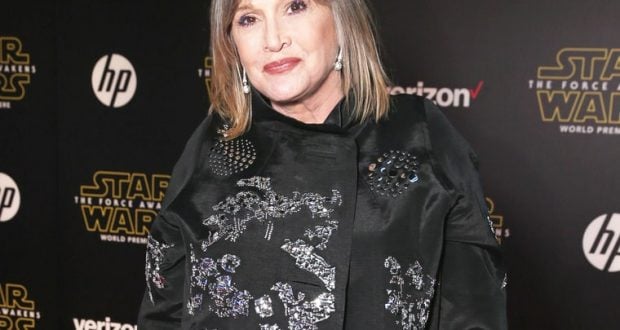 Carrie Fisher, the actress who famously portrayed the beloved Princess Leia in the Star Wars series, has passed away on December 27th at the age of 60 after suffering from a heart attack.

“It is with a very deep sadness that Billie Lourd confirms that her beloved mother Carrie Fisher passed away at 8:55 this morning,” said spokesperson Simon Halls in a statement to Us Weekly. “She was loved by the world and she will be missed profoundly. Our entire family thanks you for your thoughts and prayers.”

She was traveling from London to Los Angeles on Friday, December 23rd for her book tour for her memoir, The Princess Diarist.  She had a massive heart attack while on the plane.  She was administered CPR until the plane landed and then taken to a nearby hospital.  She was in stable condition for a period of time and then took a turn for the worst. The heart attack did too much damage and ultimately cost her life.

This will undoubtedly be a hard hit for Star Wars fans as she is such an iconic and important character to the films.  We will likely see remembrances from guests at Walt Disney World over the next several days.  We will keep you posted if anything formal is planned or any changes are made to the attractions due to this awful tragedy.

RIP, Carrie.  Our thoughts go out to her family and all of her fans.