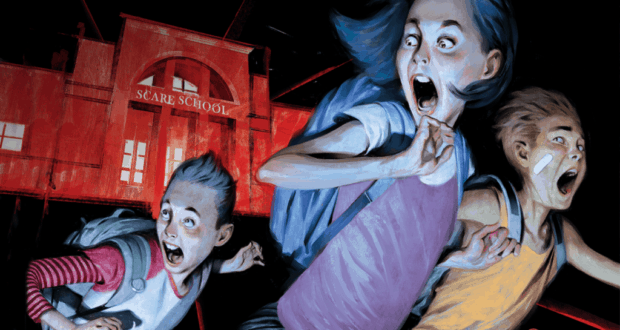 Disney+ will be adding a new series in based on R.L. Stine’s BOOM! Studios. This book series is a supernatural horror book graphic novel focused on the middle-grade student.

In each new episode, viewers are introduced to a new cast who are taken on a journey of self-discovery in a supernatural world that includes aliens, ghost and more.

We already knew that we would be seeing Mckenna Grace, Lexi Underwood, and Nasim Pedrad, would be starring in the upcoming Disney+ series, but a total of 17 new actors were annouced.

Making an appearance in the series will be :

Did you read this series? Are you excited to see it come to Disney+?