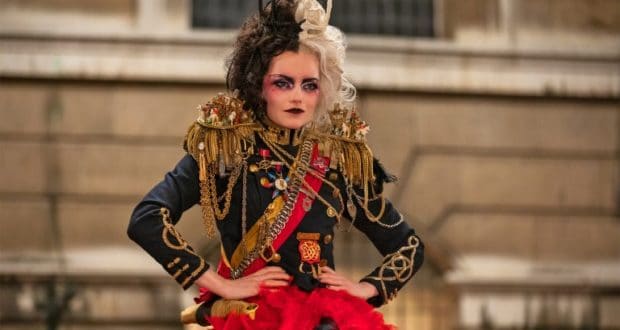 We are anxiously awaiting the release of Disney’s new live-action film “Cruella” and were thrilled to see some new costumes and set pieces from the film.

Estella (Cruella) is a fashion designer herself makes it even more important that her costumes reflect this in the film. Her outfits also transform as her character and personality does as well.

As the film takes during the 1970’s, costumes focus on this DIY punk look.

The live-action film will be released on May 28th, 2021 and will see a cast of Emma Thompson, Joel Fry, Paul Walter Hauser and Mark Strong.

To see more on the costumes and set, head to Entertainment Weekly.