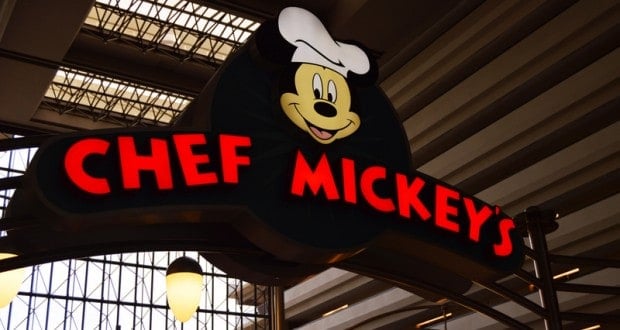 We had announced previously that Chef Mickey’s would be relocating to the convention center located at Disney’s Contemporary resort temporarily for a refurbishment that was scheduled to take place during the summer.  That refurbishment to the kitchen was cancelled and the restaurant maintained its normal operating schedule.  Now we have learned that the planned refurbishment has been rescheduled for later this year.  The refurbishment is expected to occur from later in November into December this year.  From what we know the scope of the refurbishment will be the same.

The holiday season is a popular time all over Walt Disney World, so it is surprising that Disney Would consider this time frame for a refurbishment at one of their most popular character dining locations.  Guests will still get to dine on the same great food and they will still get to meet and greet with the same characters, even with the temporary change in location.  Disney will be contacting guests directly to inform them of the change if they will be dining during this time period.  The restaurant is constantly booked up quickly for breakfast, lunch and dinner, so it is definitely understandable why they would move the relocation rather than close completely for a couple pf weeks.

What do you all think of the rescheduled refurbishment?  Do you think Disney is making a mistake with this timeline?