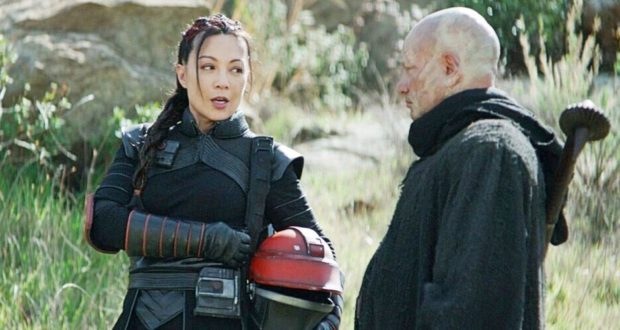 Disney and Lucasfilm are busy creating a variety of new shows right now. The Book of Boba Fett has wrapped up filming and The Mandalorian‘s third season should start up soon. We are waiting for more information on the Rogue One spinoff Andor and Ewan McGregor’s return in Obi-Wan Kenobi which are both in production. We also anxiously await Rosario Dawson returning as Ahsoka Tano in her own solo series. With all this going on, is there still room for another show as Rangers of the New Republic seems to be shelved.

Even with all that going on, rumors are still going around that another show set in a galaxy far, far away could be on the cards with Ming-Na Wen’s Fennec Shand front and center.

Fans loved the elite mercenary and assassin which then led to the actress taking second billing behind Temuera Morrison’s titular antihero in The Book of Boba Fett. It seems that moving up to headline status certainly feels like the next logical next step for this role.

It seems that audiences would love to see this and Wen is more than capable of being the star of a show. And now with Rangers of the New Republic being put on hold, there seems to be a gap to fill for a female role.