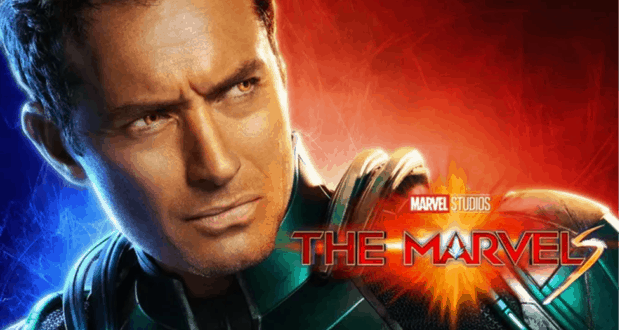 Could We See Jude Law Return to The Marvels?

We might be seeing Jude Law’s Yon-Rogg once again in the upcoming Captain Marvel sequel, The Marvels.  It seems that a fight between Yon-Rogg and Carol Danver could be coming.

In 2019’s Captain Marvel, we know saw Yon-Rogg survive his battle with Danvers in the final act of the film being sent back to Hala, likely to meet with the Supreme Intelligence. Knowing this, it seems likely that Marvel Studios has more plans for the character moving forward. As for Anderson, maybe the studio has found their Adam Brashear aka Blue Marvel.

This is still all a rumor and speculation, but the two have been added to the film’s production list on IMDb.

As production is being kept under tight lock and key, we will have to wait and see what comes from this rumor moving forward.