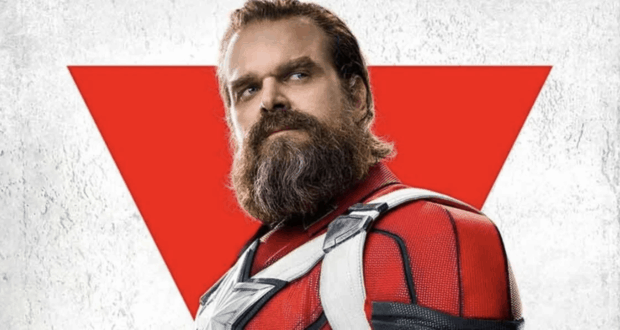 Since the release of Black Widow, it has become clear that actor David Harbour isn’t done with his role as Red Guardian.  Although there is no plans for when or where he could show up, but actor has some suggestions on how this could happen.

“I’m down for more. I have two ideas. One is seeing Red Guardian back in his prime. That’s interesting to me. But the other is going off this story, having this experience with Natasha and having this beautiful end when he takes her hand and says ‘I can’t even speak to you because I would mess it up’.

When he finds out that she was on that cliff with Hawkeye and maybe the version of the story he hears is that Hawkeye pushed her off or something, it’s a moment when Red Guardian turns back to the guy he was. He now wants vengeance for her. That I feel would play well.”

We will have to wait to see how Hawkeye’s first season ends and what that could set up for the MCU residents.

Do you want to see more of Red Guardian?
Source: wegotthiscovered