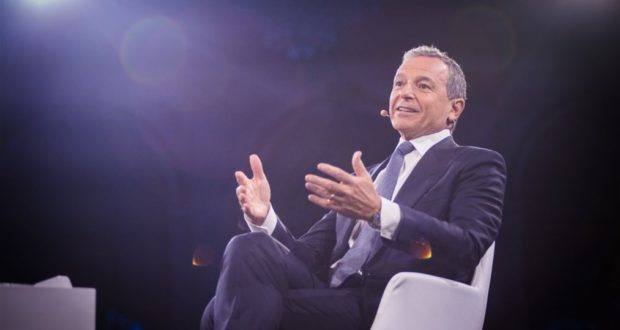 Disney’s Chairman, Bob Iger, is preparing to end his 47-year career with Disney and ABC in December, as previously announced back in Fall 2019. He then announced his career end with Disney formally in February 2020, making it all much more concrete. Now Iger has sold nearly $100 million Disney shares prior to departing The Walt Disney Company.

As reported by Bloomberg: “Walt Disney Co. Chairman Bob Iger sold $98.7 million worth of shares in the company, part of what the entertainment giant described as an effort to diversify his portfolio. Iger, 70, disposed of 550,570 shares at an average price of $179.21 on June 1, according to a regulatory filing Thursday. The move cut the shares he owns directly by 50% to 555,865. Iger is slated to retire as chairman at the end of the year, following his passing of the chief executive officer job to Bob Chapek in 2020. Disney’s stock has climbed more than sevenfold since Iger took the CEO role in September 2005. “The value of these shares reflects the significant shareholder value generated under his leadership,” Disney said in a statement.”

The former CEO was previously quoted saying it is energizing to confront “a complete blank canvas.” We’re curious to see what’s next for Iger as we inch closer and closer to the end of his 47-year career with Disney.