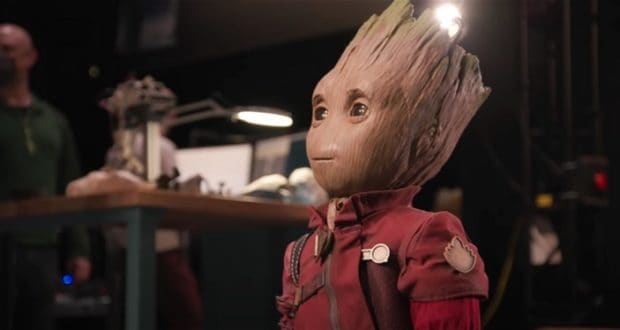 Yes, you read that right! Disney Imagineers have been hard at work creating a Groot robot! This isn’t your ordinary animatronic. This little guy moves and interacts like he’s real! The hope is that one day we could see Groot, and possibly even other characters, encounter guests visiting the Disney parks! Check out the video and details below.

As reported by Collider: “Disney Imagineers have risen the bar again by creating a fully-functioning, mobile Groot robot for Disney park guests to encounter during their visit. Their latest endeavor, Project Kiwi, aims to build small-scale and free-roaming robotic characters from various Disney film properties. First up is everyone’s favorite space tree from Guardians of the Galaxy, Groot.”

Project lead at Project Kiwi, R&D Imagineer Principal Scott LaValley, shares: “Project Kiwi started about three years ago to figure out how we can bring our smaller characters to life at their actual scale in authentic ways. It’s an exciting time for bipedal robotics and with an incredible team and our combination of technology, artistry and magic, we are bringing characters to life that could not have happened anywhere but Disney.”

Wow! We really aren’t sure what to say except… how INCREDIBLE! Groot is adorable and we love everything about him… but it’s the impressive logistics that are blowing us away. Way to go Disney Imagineers! We’re excited for what’s to come in the future!