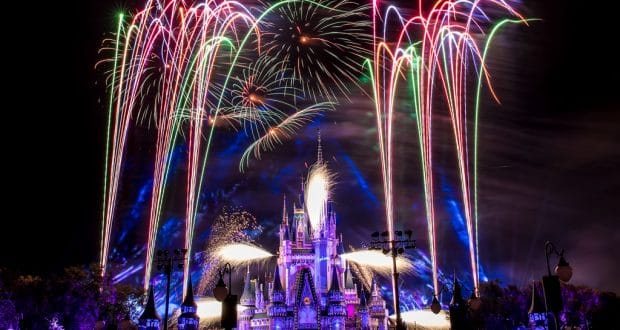 Disney After Dark: 10 Things You Must Do Around Walt Disney World At Night

Seeing the fireworks while visiting the Walt Disney World Resort is a given, but since there are so many different nightly spectaculars now you may need to put in some extra planning to ensure that you can see them all. (The extra planning is especially useful for Hollywood Studios, where it is not always possible to see Fantasmic and Star Wars: A Galactic Spectacular in the same night). Even so, you’ll want to make sure you plan ahead for additional shows like Happily Ever After, Epcot Forever, and Rivers of Light.

Pandora, the latest land to open at Disney’s Animal Kingdom, has an entirely different vibe at night. If you’ve only seen this part of the park during the day, or were planning on only seeing it during the day you may want to change your mind. The bioluminescence in the land’s décor along with the additional nightly entertainment is truly not to be missed.

3. Head to the BoardWalk

Disney’s BoardWalk is usually open until 2am, and with outdoor entertainment, and late-night dining options and bars and lounges this area can be the perfect place to go for a stroll once the parks close. If the kids are in tow, grab an ice cream from Ample Hills and wander around the resorts, and if not, make a visit to Abracadabar or Jellyrolls.

Disney Springs is also open much later than the theme parks, meaning you can get all of your shopping and get in some more dining and entertainment all after the parks close. The area is full of some fan-favorite shops, like the World of Disney Store, and treats like Blaze Pizza, Earl of Sandwich, Coca Cola and more. The area is full of nightly entertainment, and is a fun, lively, place to spend a late-night while visiting Walt Disney World.

Resort hopping at the monorail resorts or the Epcot area resorts with the Disney Skyliner, can be a fun way to spend some time once the sun goes down. You can stroll through the resort lobbies and take in the grounds at night, and at some resorts you’ll even be able to catch the fireworks. Resort quick service restaurants are typically open until midnight, and bars and lounges are open until about the same time or later as well.

6. Watch a movie under the stars

Each Disney resort follows a recreation schedule that includes mostly pool-side events with the one notable exception of Movies Under the Stars. During this free event, a different Disney movie is shown outdoors at each resort for each day of the week. Grab a towel and a snack, and head out to watch some of your favorite Disney movies all once the sun has gone down.

7. Be the last ones out of the park

Leaving as soon as the parks close may not always be the best decision as lines for the buses, monorails, or any other transportation (and traffic) can quickly get out of hand. It’s always nice to take your time strolling through some shops and relaxing a bit before fighting the crowds, but sometimes being the last ones out can be even more fun. There is something really special about being the last ones in the park, the whole atmosphere is noticeably different, and you have the added perk of being able to snap some photos of your friends and family with no one else lingering in the background.

Speaking of photos, late-nights at Walt Disney World can be the best times to get some photos in. Whether you’re wandering around a resort or slowly making your way out of the theme parks, the lighting is entirely different and you won’t find as many other guests walking around (and into your pictures) as you would during the day.

We’ve already mentioned plenty of locations where you can scoop up a late-night snack, but the one we’re missing is your resort room. Sometimes it’s nice to just turn in for the night and relax with a pizza. Just be sure you order food only from the Disney quick service or room service numbers at your resort, as non-Disney flyers distributed around the resort can often be scams.

No Disney After Dark list would be complete without the Electrical Water Pageant! Catch this display of sparkling lights floating by from either the entrance to the Magic Kingdom or from one of the monorail resorts. It’s a quick yet classic “parade” if you will, that can easily become a new tradition for you and your family.