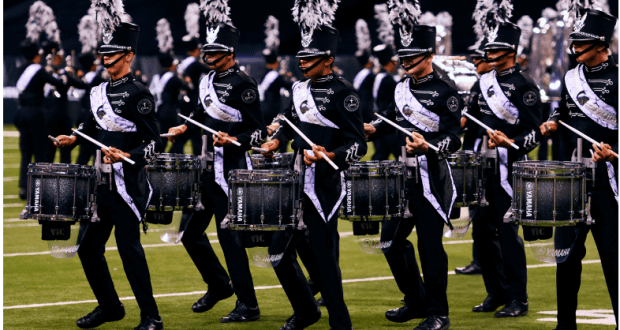 Disney Parks Blog made an exciting announcement on their website!  On Sunday, July 9th, Disney Performing Arts will host Drum Corps International marching performances at Disney Springs.   What is even more exciting is that guests in the area will be able to see all of the action!  There will be three world-class drum corps performing throughout the day at Disney Springs.  The groups will be as follows: There will be viewing areas for the performances at the following locations:

Also, according to Disney Parks Blog, the Drum Corps International, Marching Music’s Major League, will be performing at Camping World Stadium on Saturday, July 8, for “DCI Orlando – presented by Lone Star Percussion” competition. This competition is made up of an elite lineup of marching music ensembles to entertain audiences of all ages. If you’re interested in catching the performances on Saturday evening, visit the Drum Corps International website, to purchase tickets or learn more about the drum corps.

Who will be in the area this weekend and plan to check out the show at Disney Springs?