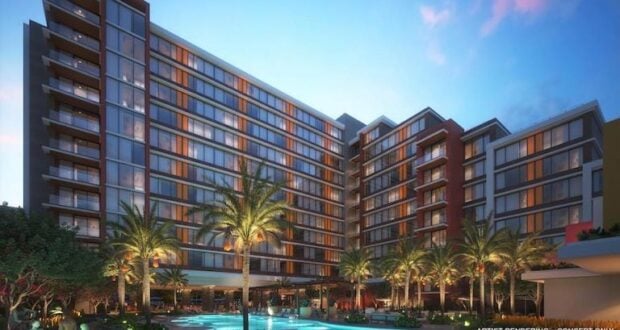 Destination D23 is currently taking place at Disney’s Contemporary Resort. There have been several announcements about Disneyland Resort in California, many of them from Josh D’Amaro, Chairman of Disney Parks, Experiences, and Products. Here are the highlights.

Earlier in the week at the IAAPA Expo D’Amaro announced that Toontown is going to be reimagined. At Destination D23, he let everyone know that the hills that were removed for the construction of Star Wars: Galaxy’s Edge will be returning. He shared a rendering of them. 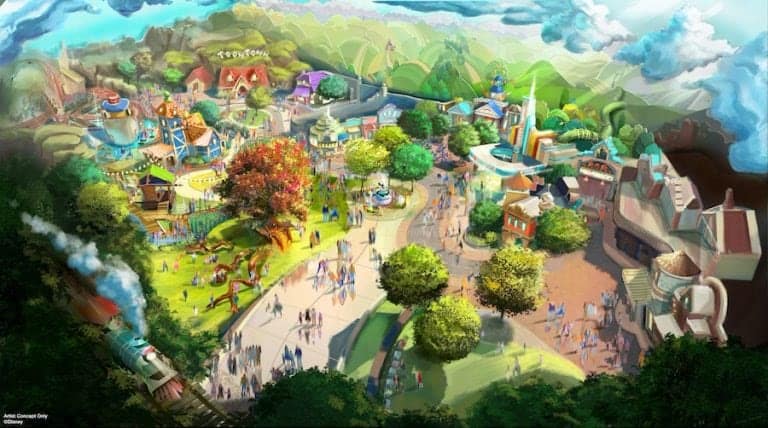 There was a sneak peek at the Disney Vacation Club tower that is coming to the Disneyland Hotel. Bhavna Mistry from Walt Disney Imagineering shared that the pool will feature an artist’s palette. She also said that there will be a fun, themed, splash area for the kids.

Mistry also let everyone know that the hotel will feature the sketching style of Walt Disney himself. She shared a photo of a room that features the colors of ‘Sleeping Beauty’, and said that the art will be taken from the original stills.

There was also news about Downtown Disney, Disney’s dining and entertainment district. D’Amaro said that the space where the AMC building was is going to become a space with a grassy area, plus have new dining and shopping. 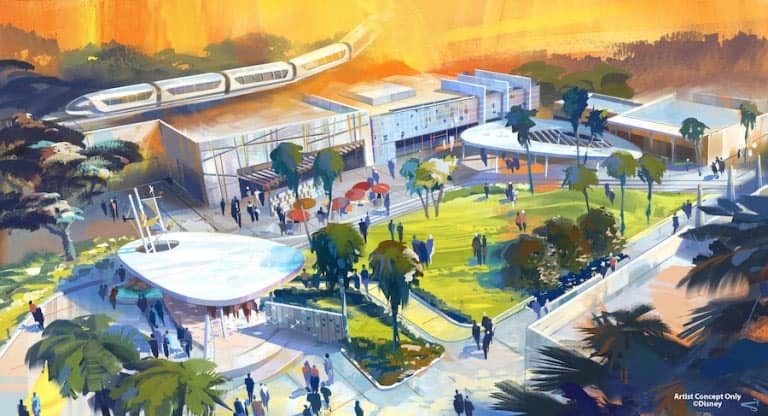 At the kickoff for the World’s Most Magical Celebration at Walt Disney World, a new companion was announced for Guests who are staying on property. It’s called Hey Disney, and it will feature the Disney Magical Companion.

Originally it was thought that Hey Disney would be available only in Florida, but D’Amaro announced that it will be added to the Disneyland Resort Hotels as well. It is coming in 2022, and the feature will be included with your Resort stay.

Using Hey Disney is optional. It works with Alexa.  If you do not want to use the service during your stay you do not have to. 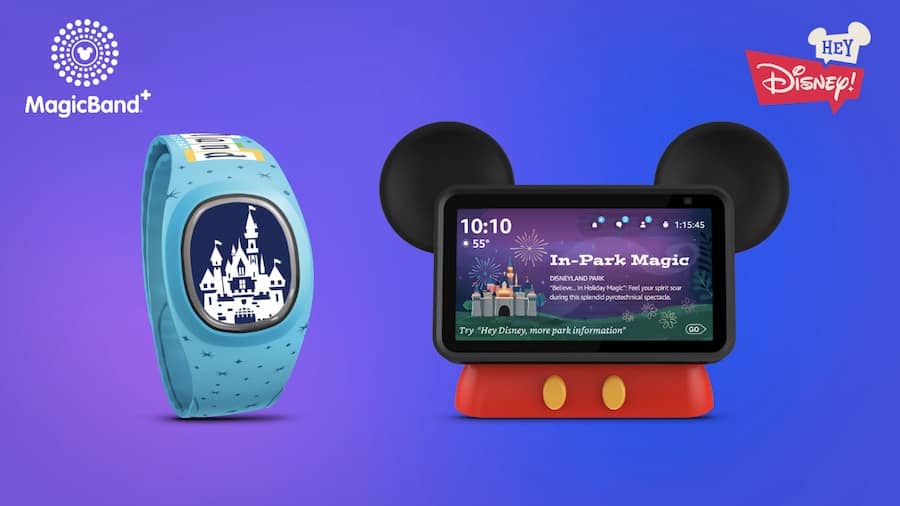 We already knew that Main Street Electrical Parade is returning to Disneyland, although we don’t know exactly when. There is also news about two other nightly shows. Both World of Color and Fantasmic will be back next year! No dates were given.

These are the highlights of the announcements concerning Disneyland from Destination D23. Keep up with all the latest Disney information on Disney Tips and like our Facebook page.