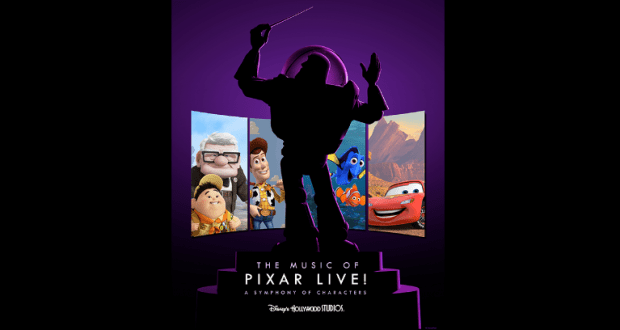 Disney Parks Blog announced today that they will do a live stream of the newest musical show at Disney’s Hollywood Studios.  The live stream will be hosted via #DisneyParksLIVE and will air on June 29th.  The stream will start at 7:55 PM EST.  At that time you will be able to come to the Disney Parks Blog website and click on the link for the live video at the top of the page.  You can also follow along on Twitter, you just need to use the hashtags #DisneyParksLIVE to do so.  We love any opportunity to see the new happenings at Walt Disney World, even if it is only via video!

The show will start will some extra behind-the-scenes look at the show, so you will definitely want to check those out before the show begins.  The show is supposed to be absolutely amazing and feature the amazing music from classic Pixar films.  There are also character appearances by popular Pixar characters throughout the show, too.  The show takes place in the same theater as the Beauty and the Beast stage show, Theater of the Stars, and is performed nightly at Disney’s Hollywood Studios.

Has anyone seen the new show yet?  What did you think?  Definitely check out the live feed to see the show and let us know what you think!