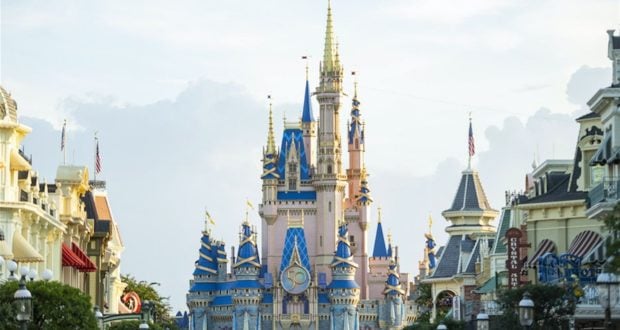 It’s an exciting time to be at Walt Disney World! Even though “The World’s Most Magical Celebration” honoring Disney’s 50th Anniversary doesn’t kick off until October 1, we’re seeing more and more details and experiences being unveiled leading up to the 18-month long celebration. With fireworks once again lighting up the sky, entertainment making a come back, and restaurants and experiences reopening, it’s a thrilling time to be in the parks say the least! We’ve been watching as Magic Kingdom’s Cinderella Castle has been transformed with stunning décor in preparation for the 50th. And now, the 50th Anniversary crest can be seen as it went up overnight! 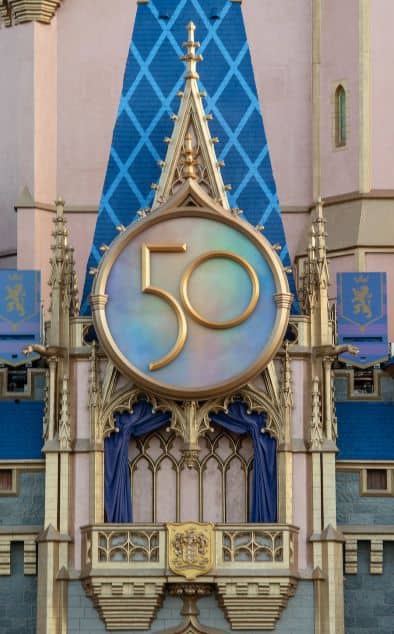 As shared via Disney Parks Twitter on July 23: “With the addition of a golden 50th crest, added overnight by Walt Disney Imagineering, Cinderella Castle is officially ready for “The World’s Most Magical Celebration,” beginning October 1. Sparkles #DisneyWorld50″ 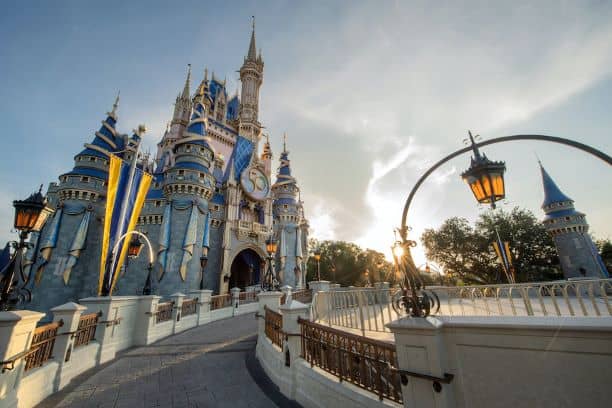 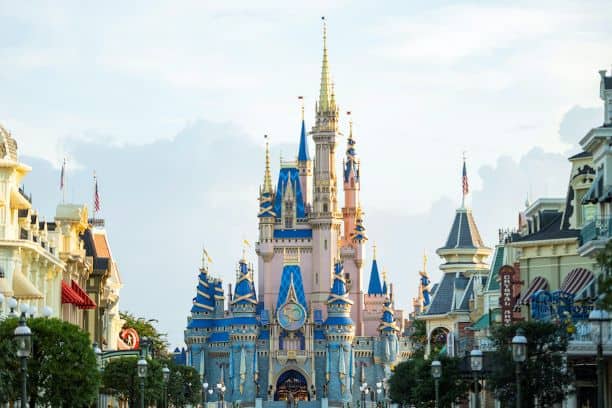 Stunning! While we weren’t sure about the special 50th anniversary décor on the Cinderella Castle at first (especially when the décor fell off!), we personally love the look now that it has the final touches. It will be the perfect centerpiece for Magic Kingdom’s new nighttime spectacular, Disney Enchantment, beginning October 1, and a great focal point as we say goodbye to Happily Ever After nighttime spectacular. 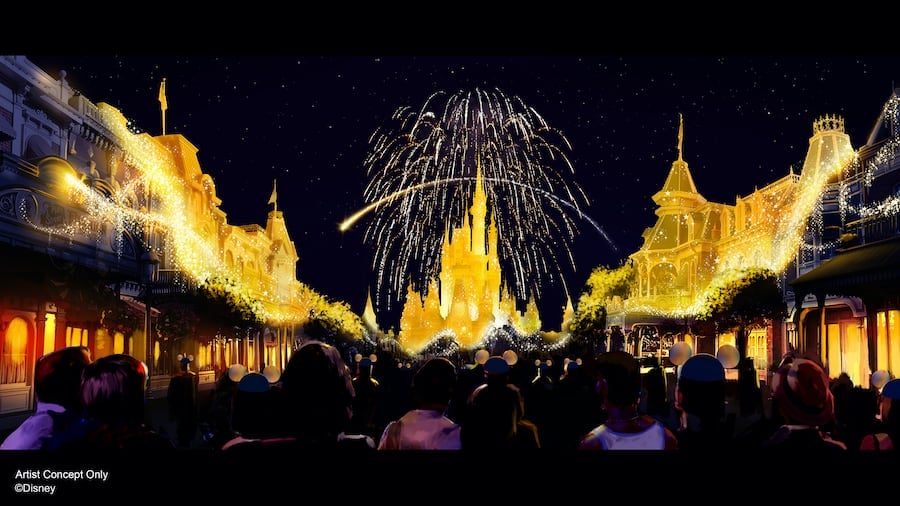 Cinderella Castle looks like it is the star of the show when it comes to the 50th Anniversary, just check out Walt Disney World’s latest commercial encouraging guests to come join in the celebration:

You don’t have to ask us twice! We’ll be there ready to experience the celebration throughout the 18-months! Are you making plans to visit the “most magical place on earth” during this very special 50th Anniversary celebration?