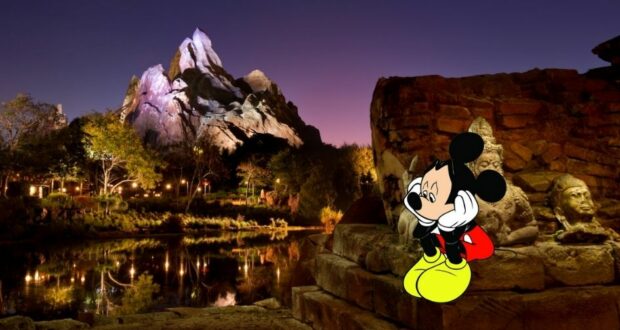 It’s been well over a month since we were last able to ride Expedition Everst at Disney’s Animal Kingdom. With a lengthy refurbishment underway, it looks like we’ll be left waiting even longer than first anticipated.

The popular roller coaster attraction, Expedition Everest- Legend of the Forbidden Mountain looms over the Asia portion of Disney’s Animal Kingdom. Typically, as Guests approach this area of the Disney Park the wow factor of the mountain captivates, and screams of thrill-seekers on the coaster fill the air.

Disney noted in 2021 that Guests should be aware that the attraction would be closing for refurbishment which began on January 4, 2022. Currently, the Walt Disney World website notes, “From January 4 through mid-April 2022, Expedition Everest – Legend of the Forbidden Mountain will be closed for refurbishment.”

It looks like however, the “mid-April” reopening has been extended.

Unfortunately, the refurbishment calendar has been updated to include Expedition Everest – Legend of the Forbidden Mountain to be closed for refurbishment through April 30, 2022.

RELATED: Visiting Walt Disney World in March? Here’s What You Need to Know!

Currently, the refurbishment is removed from the calendar as of May 1, 2022, which makes us believe this may be the first day the roller coaster goes back into operation.

And while many Guests are keeping their fingers crossed Disney does something to fix the “Disco Yeti” it doesn’t look like the refurbishment will include the Yeti at all.

Haven’t heard about “Disco Yeti”? The Disney Park legendary Yeti is a massive animatronic on the Mount Everest coaster. Just a few months after the attraction held its grand opening in 2006, Yeti’s framing split and has been deemed a “threatening catastrophic malfunction.”

Yeti went to plan B with Disney Imagineers adding a strobe-light effect around the Yeti animatronic to give it the appearance of moving as the coaster train zooms by. Hence Yeti’s adopted nickname… “Disco Yeti”.

While Disney has not confirmed what refurbishments are currently taking place on Expedition Everest, it is rumored to be a refurbishment of the ride control system.

As of Friday, February 18, one of our Disney Tips Team Members did spot Expedition Everest on the tracks being tested. We’ll keep our fingers crossed this extended refurbishment on the calendar is just a buffer, but Disney will still be able to keep to its “mid-April” promise.

Missing Everest? Check out Disney’s virtual ride along below as we await its reopening: