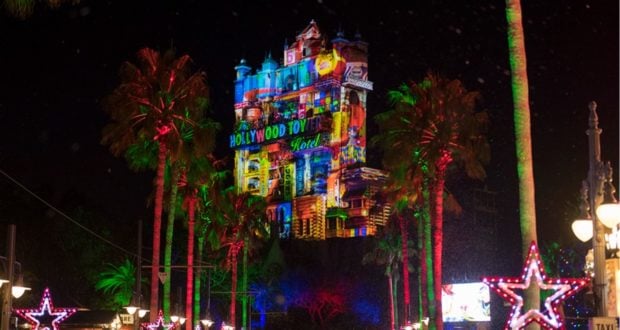 Today is “Halfway to the Holidays” and Disney is celebrating! We’ve learned a new special-ticketed event will arrive at Magic Kingdom called “Disney Very Merriest After Hours”.  We’d also heard EPCOT’s International Festival of the Holidays will make a return. And now, our focus shifts over to Disney’s Hollywood Studios! 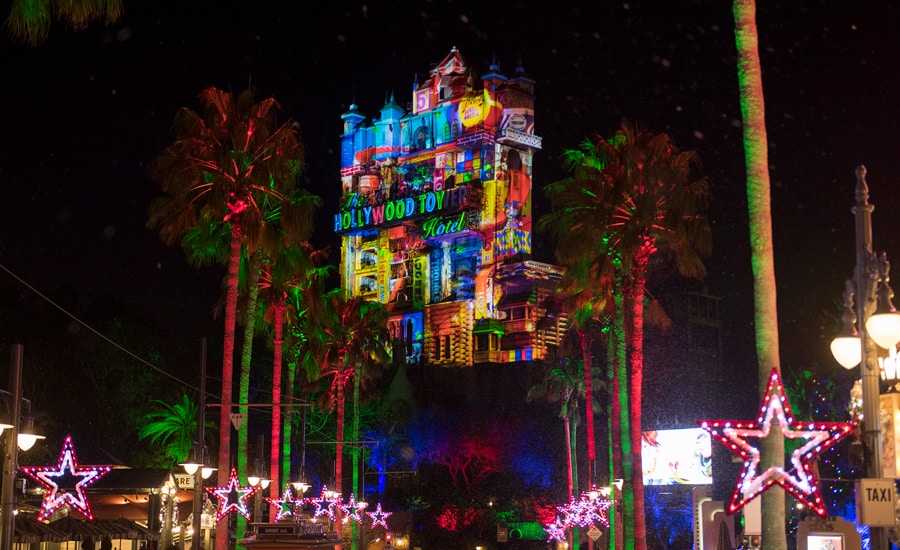 As shared by Disney: “Sunset Seasons Greetings returns to Disney’s Hollywood Studios, as the Hollywood Holiday Tower Hotel on Sunset Boulevard will twinkle once again with projection effects, magically transforming into a snowy corner of Arendelle, a Muppets gingerbread masterpiece, a Toy Story toy hotel, and a Dickensian village inspired by “Mickey’s Christmas Carol.” This holiday show will also alternate with the tower’s nightly transformation into a Beacon of Magic. Santa Claus will bring some North Pole cheer to a motorcade down Hollywood Boulevard. You will also be able to enjoy “For the First Time in Forever: A Frozen Sing-Along Celebration,” with its festive finale featuring everyone’s favorite snowman, Olaf. Minnie Mouse is also returning to host her festive meal at Hollywood & Vine at Disney’s Hollywood Studios. Minnie and her friends will be donning their holiday best – even Santa Goofy will be there! And throughout the season, vintage-themed holiday décor will shine bright across the park.”

Are you making plans to visit Walt Disney World this for the 2021 holidays? The merry season will begin November 12! We’re thrilled that on top of Disney’s 50th Anniversary celebration, we’ll have all this to experience as well. We’ll keep you posted as we learn more about holiday happenings at Disney’s Hollywood Studios!