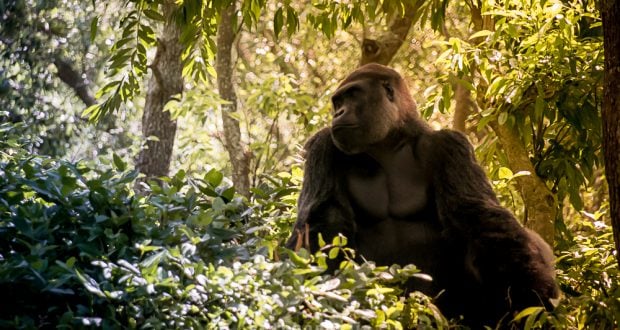 Do You Know These 7 Secrets About Walt Disney World’s Animal Kingdom?

Walt Disney World is home to four theme parks, the largest of which celebrates nature and the beauty of planet Earth. Disney’s Animal Kingdom invites guests to enjoy the beauty and diversity of nature while striving to teach them the importance of conservation. Guests who spend time in the park can enjoy various areas themed to feel like Africa, Asia, and even prehistoric times and each area is full of attractions, entertainment, dining, shopping, and natural beauty. Disney’s Animal Kingdom is so beautifully themed that there are many small details found virtually everywhere which help to add depth to the story of the park and often contain hidden secrets. Guests who are very familiar with the park may have spotted these secrets before, but many others might have completely overlooked them! Let’s see if you know these seven secrets about Walt Disney World’s Animal Kingdom.

The icon of Disney’s Animal Kingdom is the Tree of Life which soars high into the sky with thousands of leaves and hundreds of intricately carved animals on the trunk. Guests love posing for photos in front of the massive structure and enjoying the view of it from various areas of the park. While the Tree of Life might look completely realistic, it is actually a fake tree with a very interesting support system. When constructing the structure, Imagineers were faced with a dilemma on how to have the proper support while leaving room in the roots for the theater which houses It’s Tough To Be A Bug. The answer came in a used oil rig which properly administered support to the upper branches while leaving plenty of space for the theater on the bottom.

One of the most thrilling attractions in Disney’s Animal Kingdom is Dinosaur in Dinoland. Housed in the Dino Institute, guests are welcomed into the building where the technology to travel back to the time of the dinosaurs has been developed. Guests are supposed to head back for a serene tour of a safe period, but soon find themselves in a thrilling race to escape before a massive asteroid impacts. Just before loading into their Time Rovers, guests move down a set of stairs and pass underneath a trio of interesting pipes. The pipes are yellow, white, and red and feature complicated chemical formulas. These hidden secrets are remnants from the days when McDonald’s was a sponsor of the attraction and represent mustard, mayonnaise, and ketchup.

If you’ve had a chance to visit Animal Kingdom’s newest land, Pandora – The World of Avatar, chances are you were impressed with its sheer beauty! You were likely rushing to one of the two attractions held in this land known as Avatar Flight of Passage and Na’vi River Journey. If you have a moment to stop and explore Pandora’s setting (the Valley of Mo’ara), you might want to look up at the unbelievable floating mountains. Get this – there are 22 floating mountains in total! Plus, look around at the lush landscape and be in awe of the 250 varieties of living plants that are integrated with Pandoran plants. Just amazing!

Aside from Dinosaur, there are plenty of ways to keep entertained in Dinoland including other attractions, dining, character meet and greets, and Chester & Hester’s Din-O-Rama which is filled with midway carnival games. While wandering through the area, guests will notice that it is themed to look like an old highway complete with asphalt. While the asphalt might look completely realistic, Imagineers knew that the real thing combined with the hot Florida sun would result in many guests with sticky shoes. Instead, the material was replicated using concrete and other materials to look like asphalt without the melting!

Located in the Asia section of Disney’s Animal Kingdom is an attraction which thrills guests and leaves them wanting to ride again and again. Expedition Everest invites guests on a serene tea train tour which suddenly turns thrilling as guests find themselves deep inside the heart of the Forbidden Mountain scrambling to escape the clutches of the fabled Yeti. While moving through the queue of Expedition Everest, guests pass through a number of rooms which are outfitted with supplies for mountaineering and even a Yeti museum. In the supply room, guests can spot a specialty tea appropriately named “Ye-tea.”

One popular attraction in Disney’s Animal Kingdom is Kilimanjaro Safaris which invites guests into the Harambe Reserve for a two week safari through the forests and savannahs of Africa. Guests can enjoy up close encounters with animals like cheetahs, giraffes, lions, elephants, and rhinos and love returning time and time again. While many guests realize that Kilimanjaro Safaris is a massive attraction, they might be surprised to learn that all of the Magic Kingdom can fit inside of it!