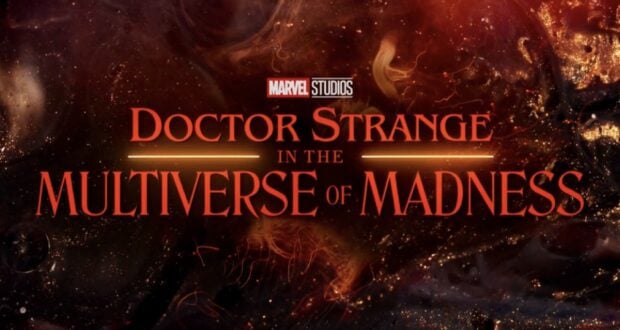 ‘Doctor Strange in the Multiverse of Madness’ Teaser Trailer and More!

The success of ‘Spider-Man: No Way Home’ has caused Marvel fans to hunger for more. Marvel has come through, with a poster and a teaser trailer for ‘Doctor Strange in the Multiverse of Madness’. Christine Dinh shared the following information with Marvel.com:

The Multiverse is a concept about which we know frighteningly little.

In the teaser, above, Doctor Strange doesn’t heed Wong’s warning, “Don’t cast that spell. It’s too dangerous.” Strange realizes they “tampered with the stability of spacetime.” Mordo‘s voice threatens, “Your desecration of reality will not go unpunished,” as Strange steps out into what appears to be the Mirror Dimension.

Strange pleads, “But I never meant for any of this happen,” as viewers see glimpses of an abandoned Sanctum Sanctorum, mayhem in the streets, Christine Palmer’s wedding to someone other than Strange, Wanda Maximoff’s glowing hands, and a battered Wong.

Strange visits Wanda at her new home in a remote area. Wanda declares, “I made mistakes and people were hurt,” not realizing Strange is not there to discuss the events in Westview, as seen in Marvel Studios’ WandaVision. He needs her help regarding the Multiverse.

Mordo reminds Strange, “The greatest threat to our universe is you,” just as Strange comes face to face, well, with his face, who smugly states, “Things just got out of hand.”

Doctor Strange in the Multiverse of Madness arrives in theaters May 6, 2022.

Keep up with all the latest Disney and Marvel information on Disney Tips and like our Facebook page.