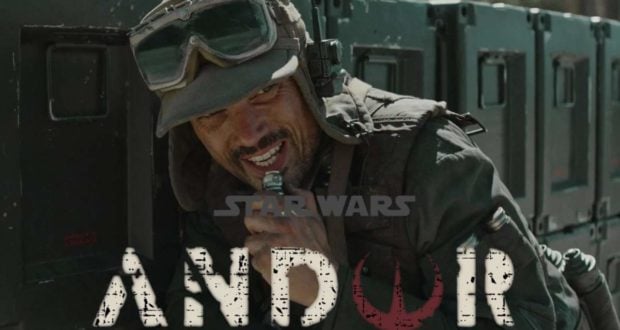 Duncan Pow to Reprise ‘Rogue One’ Role in ‘Andor’ Series

We are thrilled to learn that Duncan Pow will be returning to the Star Wars Universe as Ruescott Melshi.

“Andor follows the adventures of Rebel spy Cassian Andor during the formative years of the Rebellion and prior to the events of Rogue One: A Star Wars Story. Diego Luna will reprise the role of Andor, which he originated in the 2016 film. The rousing spy thriller will explore tales filled with espionage and daring missions to restore hope to a galaxy in the grip of a ruthless Empire.”

Ruescott Melshi was a human male sergeant in the Alliance to Restore the Republic Special Forces during the early rebellion against the Galactic Empire. A close friend of Alliance Intelligence Captain Cassian Andor, Melshi was a veteran soldier and a respected commander, leading his troops by personal example.

Along with Pow will be Jimmy Smits as Bail Organa, Alistair Petrie as General Draven, and Genevieve O’Reilly as Mon Mothma, with newcomers Stellan Skarsgard (Pirates of the Caribbean: At Worlds End), Denise Gough (The Kid Who Would Be King), Adria Arjona (Pacific Rim: Uprising), Kyle Soller (Anna Karenia), and Robert Emms (Chernobyl) all in unknown roles.

The series is set to debut on Disney+ in 2022, and will reportedly consist of 12 episodes.

Are you excited to see how this story started?