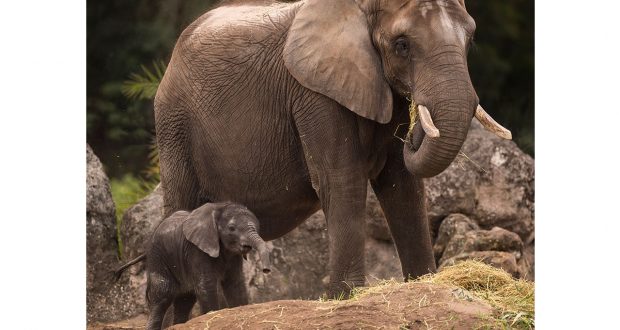 There is a new addition to the elephant family at Disney’s Animal Kingdom theme park.  Stella, a female elephant calf has been born to 28 year old Donna, who is a resident of the savanna.  Right after Stella was born, she and Donna spent time back stage away from guests to bond and nurse while also getting bonded with other members of the elephant family.  This is Donna’s 3rd calf to be born at the savanna.  She became pregnant through natural breeding and was closely monitored each day via ultrasounds and hormone level checks.  The total herd at Disney’s Animal Kingdom is now made up of 10 elephants, which include 3 males and 7 females.

The elephant program at Walt Disney World is a part of the conservation efforts that Disney focuses on.  Scientists study these creatures to help learn more about their behaviors and how they communicate.  They have learned more about how to help Kenyan farmers save their crops and protect themselves and the elephants.  They learned that elephants avoid bees, and by installing beehive fences around farms the elephants will avoid the area.  These discoveries help to preserve these beautiful animals in the wild and help educate all. 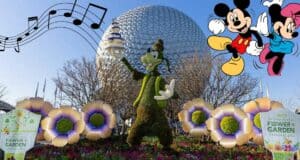