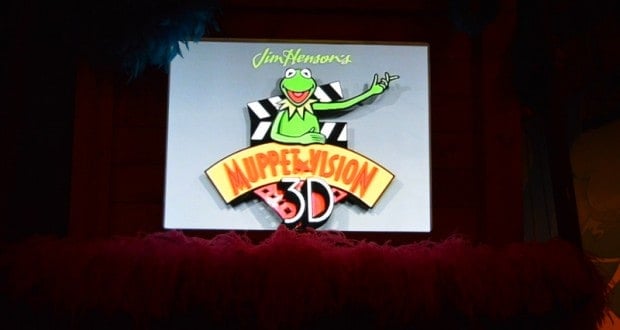 Endangered Attractions: Could These Three Attractions Be Going Away Soon?

Part of what makes Walt Disney World such an amazing vacation destination is the fact that the parks are constantly changing with updates and brand new experiences for guests to enjoy. Over the years, entire new lands have been added and new technology has been introduced in classic attractions to update them for modern times. With new expansions and additions, sometimes an attraction or show is lost in the process. At the 2015 D23 Expo in California, the Disney Company announced tons of exciting new improvements and additions coming to Disney Parks in the near future. With so many new experiences coming, there are some attractions which have a questionable future. While guests hate to see any attractions go, they know that it is necessary for exciting new experiences. Here are four attractions that might be endangered and going away soon.

This zany show can be found in Disney’s Hollywood Studios and takes guests into the world of the Muppets where they are immersed in corny jokes, sight gags, and overall Muppet mayhem. Guests are treated to a 3D show in Muppet headquarters where they have developed the technology to showcase the spirit of 3D. In typical Muppet fashion, things don’t go according to plan and chaos ensues.

This beautiful exhibit on Mickey Avenue in Disney’s Hollywood Studios is part walkthrough exhibit and part film. Exploring the life and legacy of Walt Disney, One Man’s Dream begins with props and memorabilia from Disney’s childhood. As guests progress through time, they can observe early animation, theme park concepts and props, and eventually massive models of attractions and park icons from Disney Parks around the world. The short film narrated by Julie Andrews offers guests a glimpse into the life of Walt Disney through both home and official videos.

In addition to the announcement of Star Wars Land, the 2015 D23 Expo also brought the announcement of Toy Story Land where guests will shrink own to the size of a toy and explore Andy’s backyard. The new land will include the previously existing Toy Story Mania attraction as well as two new attractions based on the characters Slinky Dog and the little Green Aliens. Since Toy Story Mania is located nearby Walt Disney: One Man’s Dream, it is logical to think that the Toy Story Land expansion will likely take place in that general area. If this ends up being true, One Man’s Dream could be an endangered attraction.

1. Voyage of the Little Mermaid –

Also located in Disney’s Hollywood Studios, the Voyage of the Little Mermaid is a live stage show that takes guests through the tale of Ariel falling in love with Eric. Located in the Animation Courtyard section of the park, the show features puppets, live acting, animation, water effects, and special effects to perfectly retell the classic animated film. Since the attraction is located nearby both Toy Story Mania and Walt Disney: One Man’s Dream, guests are weary that it might now be endangered with the upcoming Toy Story Land expansion. Additional evidence towards the Voyage of the Little Mermaid’s endangered status is the recent closing of nearby attraction The Magic of Disney Animation. With such a large expansion coming and nearby attractions already closing their doors, the Voyage of the Little Mermaid is now considered by guests as an endangered attraction and most would hate to see it go!