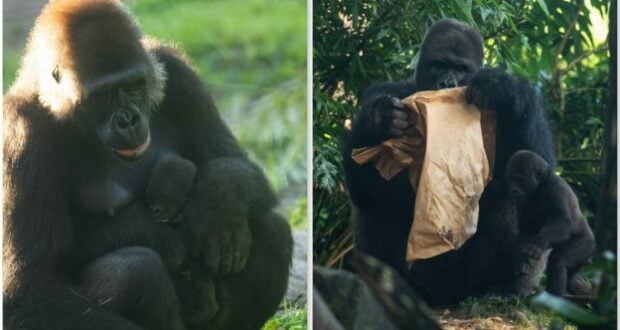 It is always exciting when a new animal is born at Disney’s Animal Kingdom. Walt Disney World takes animal’s health and safety very seriously. Just last month, they celebrated the birth of a healthy Western lowland gorilla, two parents Azizi and Gino. If you’ve been to the Gorilla Falls Exploration Trail, you may have seen the baby bonding with Azizi. They like to rest up against the glass, which gives Guests a up close view of the pair together. 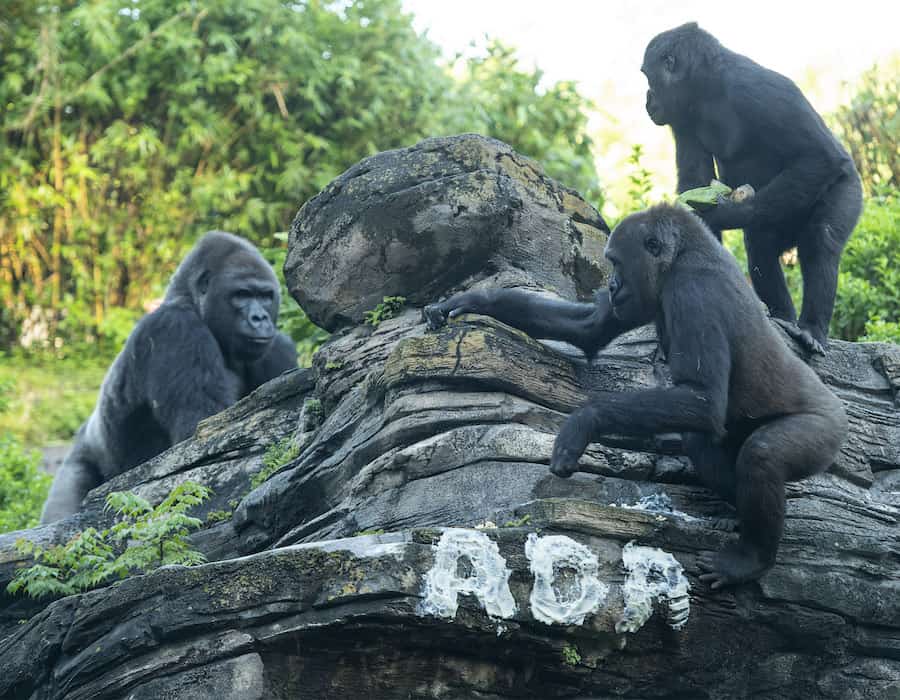 Any guesses what her name is? Well, her name is Ada. Pronounce AH-duh. Her name comes from the Igbo People in Nigeria and means “first daughter”. Walt Disney World had a very creative way of announcing her name. The Animal Care Team form letters using rice cereal for the gorillas to unwrap. Make sure that you visit these gorillas and watch them continue to bond next time you’re at Disney’s Animal Kingdom.

There are two different species of gorillas at Disney’s Animal Kingdom, Western gorilla, and Eastern gorilla. These Apes make their home in eight countries across Central and Western Africa. Gorillas are the largest primates. Males can weigh up to 450lb and be six feet tall. Did you know that gorillas are six times more powerful than an adult human?

Disney is very passionate about saving animals. You can do your part to help animals as well as protect gorillas in the wild. Some things you can do to help are reduce waste by recycling your old electronics to reduce mining and gorillas habitats. You can learn more about great apes by watching the film Chimpanzee. This is a true story about a young primate cousin of the gorilla. You can also learn more about how you and Disney can make a difference at Disney Conservation Fund.

What’s your favorite animal at Disney’s Animal Kingdom? Let us know on our Facebook page.