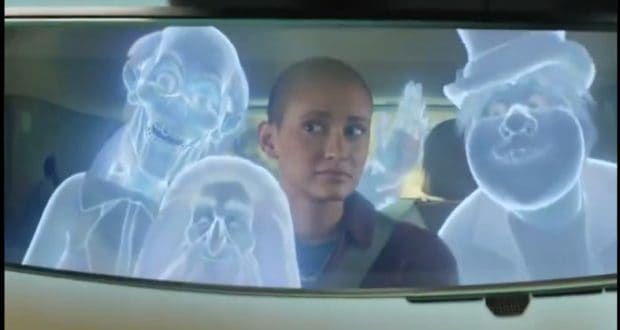 A teaser reveal of the new, all-electric 2022 Chevy Bolt EUV and the redesigned 2022 Bolt EV took place with a few of our favorite Disney ghosts! That’s right… Haunted Mansion’s Hitchhiking Ghosts decided to catch a ride with Chevy for the big reveal.

Here’s the teaser as shared by Chevy Electric on Twitter:

The 15-second teaser features the Haunted Mansion’s Hitchhiking Ghosts as they catch a ride in the new Bolt EUV. Additionally, Chevy confirmed that the reveal will be at 4:00 PM EST on Sunday, February 14 and hosted by TikTok creator Nick Cho aka @yourkoreandad via previously recorded content from the grounds of Walt Disney World®. For more information and to view the reveal on February 14 at 4:00 PM EST, visit www.chevy.com/EV.