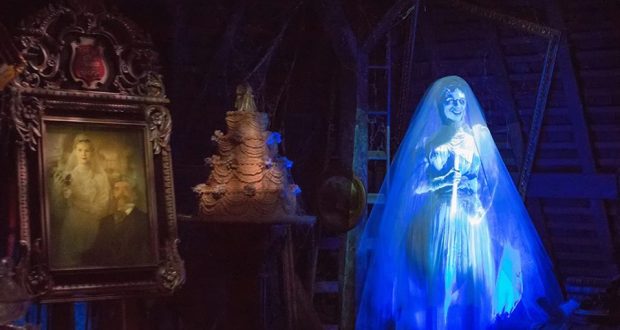 How Well Do You Know Walt Disney World’s Magic Kingdom?

Many guests who visit Walt Disney World might think that they know a lot about the parks, resorts, and Disney Springs. While guests might be familiar with many different areas of the property, one of the things that makes Walt Disney World so amazing is the insane attention to detail that some guests miss. With so many small details, hidden secrets, and understated snippets of history, many guests miss some pretty interesting things that might be hiding in plain sight! The Magic Kingdom in particular is home to some amazing details, characters, scenes, and moments that guests especially love and there are also plenty of details throughout each of the park’s lands. Guests might think that they know the Magic Kingdom well, but might be overlooking some great details that add depth to the park’s areas, attractions, and experiences. Let’s see how well you know the Magic Kingdom!

10. How Many Bricks Were Used For Cinderella Castle?

None! While Cinderella Castle might look like a completely real castle comprised of stone and brick, neither of those materials were used in its construction! Instead the castle is comprised of fiberglass and concrete which is sturdy enough to withstand the intense winds that Florida experiences during hurricanes.

9. What Are The Underground Tunnels Called?

Utilidors! Many guests who enjoy the Magic Kingdom never realize that they are actually on the second floor of the park. When Disney began construction on the Magic Kingdom, they decided to build a series of tunnels called Utilidors (combining utility with corridor) to house Cast Member services like costuming, garbage disposal, and plenty of other operations. These tunnels were built as the first floor of the Magic Kingdom with the pathways, attractions, and buildings that guests know being built on the second floor. Guests who want a glimpse into the famous Utilidors can enjoy the Keys to the Kingdom Tour which will take them down there for a short period of time.

Br’er Wolf! Guests who enjoy Splash Mountain follow Br’er Rabbit as he embarks on a journey to look for more adventure. Along the way he is constantly chased by Br’er Fox and Br’er Bear who use advice from a book written by Br’er Wolf titled “How To Catch A Rabbit.”

7. Where Can Guests Visit Tumbleweed?

Big Thunder Mountain Railroad! One of the most popular attractions in the park is Big Thunder Mountain Railroad in Frontierland. Inviting guests to take a whirl on the wildest ride in the wilderness, the attraction takes guests into the mining town of Tumbleweed through ominous caverns, around sharp turns, and past a saloon where patrons can be seen enjoying themselves each night.

6. What Is The Name Of The Uncle On Walt Disney’s Carousel Of Progress?

Uncle Orville! One of the most classic attractions in Walt Disney World can be found in the Magic Kingdom’s Tomorrowland and originated at the 1964 New York World’s Fair. Walt Disney’s Carousel of Progress allows guests to follow one family through the years to see how progress and technology have made their lives easier. Uncle Orville can be seen in one scene with his air cooling invention keeping him from getting too hot one Fourth of July.

Big Al! A character who steals the hearts of many guests in the Magic Kingdom is Big Al of the Country Bear Jamboree. Found in Frontierland, the attraction features dozens of singing bears who put on a show stopping production for guests. Big Al is memorable as he is rather large and comes out singing a morose version of “Blood on the Saddle.”

4. What Time Does The Clock In The Haunted Mansion Strike?

Thirteen, of course! Guests who are brave enough to experience the Haunted Mansion are invited into Gracey Manor where nine hundred and ninety nine happy haunts reside. Guests pass through eerie hallways, a grand ballroom, a séance, and at one point pass by an ominous looking clock. The clock features hands that are constantly spinning towards the number thirteen with a claw shaped shadow passing by every few moments.

Constance! One scene of the Haunted Mansion brings guests into the attic of Gracey Manor where Constance the murderous bride has taken up residence. As guests move through the attic they learn that Constance had five grooms who each mysteriously lost their heads. At the far end of the attic Constance is revealed wearing one pearl necklace for each beheaded husband and occasionally seen holding a shiny axe.

1. What Year Was The Emporium Founded?

1901! The biggest shopping location in Main Street is The Emporium where guests can purchase everything from toys to clothing. The Emporium is made to look and feel like a turn of the century general store and those who look closely can find several references to its founding year in 1901. The year has an extra level of meaning as it is also the year that Walt Disney was born in!