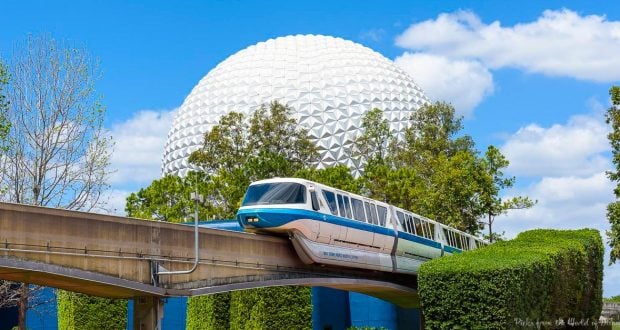 How Well Do You Know Walt Disney World’s EPCOT?

Walt Disney World’s second-built park is perhaps one of the most underappreciated members of the Disney Parks family, and we’re not really sure why. Maybe it’s because the park offers so many education-based experiences (like that’s a bad thing). Maybe it’s because when you think of amusement and theme parks, you don’t think of one that began as the Experimental Prototype Community of Tomorrow. Or maybe it’s because too many people miss the true magic that emanates from the World Showcase. Whatever the reason, we like to think of EPCOT as having its own kind of Disney magic. Surprised? Let’s see what else may surprise you about this fascinating park with this EPCOT Quiz.

6. Do you know where the original idea for EPCOT originated?

Though it’s not like the E.P.C.O.T. Walt once described in every respect, the first concept for EPCOT came from the brilliance of Walt Disney. He envisioned an experimental prototype community of tomorrow. Walt loved the idea of the future and of progress (think the Carousel of Progress attraction at Magic Kingdom which was Walt’s creation for the 1964 New York World’s Fair.) But Walt dreamed of EPCOT as an actual community where people would live, work, grow their families and attend church—and all within a utopian community. “It will be a community of tomorrow that will never be completed but will always be introducing and testing and demonstrating new materials and new systems,” Walt said. And while you can’t live at EPCOT, you can experience attractions that have a futuristic and “conceptual” feel to them, such as Test Track, Mission: SPACE and others. EPCOT is also definitely a showcase of sorts for imaginative and ingenious thinking.

5.  Epcot boasts a ginormous aquarium, but just how ginormous is it?

If you’ve ever been to EPCOT, you’ve surely seen signage for the Seas with Nemo and Friends pavilion, even if you haven’t ventured inside. If you have ventured inside, you know that the Seas with Nemo and Friends attraction is only one fascinating part of the pavilion. After you enjoy the attraction and exit the ride vehicle, you notice that you are surrounded—yes, surrounded by glass windows that allow you to peer into a huge aquarium which serves as both a special habitat for endangered rescued manatees and as a home for sea turtles, dolphins, rays, fish and more. Just how big is the tank? It holds a whopping 5.8 million gallons of water!

4. A new World Showcase attraction was revealed at the 2019 D23 Expo. Do you know what the attraction will be?

Though some of us were hoping that plans for a new country on the World Showcase would be unveiled during the Expo, we were thrilled out of our minds to find out that a new Mary Poppins-themed attraction will be built inside the United Kingdom pavilion on the World Showcase. We don’t know every single detail about the new attraction, but we love that the Practically Perfect nanny is finally being immortalized in an attraction that at least promises the joy of Cherry Tree Lane.

3. There are a few fabulously amazing restaurants at EPCOT that will take you to countries around the world. Do you know which ones are the best?

In addition to offering some of the most imaginative experiences at Walt Disney World, EPCOT also boasts some of the most diverse culinary and dining experiences at the parks. Bist du hungrig nach deutschem Essen? (Are you hungry for German food?) Try Biergarten restaurant at the Germany pavilion where it’s Oktoberfest every day of the year. Enjoy schnitzel, potatoes every way and Black Forest Cake while the oompah band plays. ¿Tienes hambre de autentica comida Mexicana? (Are you hungry for authentic Mexican food?) Take your pick and dine at San Angel Inn Restaurante or La Hacienda de San Angel, both in the Mexico pavilion on the World Showcase. As-tu faim de cuisine francaise? (Are you hungry for French cuisine?) Be sure to make dining reservations at Chefs de France at the France pavilion.

2. Some famous Americans have a part in the Spaceship Earth attraction. Do you know who they are?

The Spaceship Earth attraction was created with the help of one of Walt’s friends—dynamic science fiction author Ray Bradbury. And if you look closely at many of the audio animatronics used inside the attraction, you may recognize some of them, especially if you’re a fan of the Hall of Presidents attraction at Magic Kingdom. That’s because many of the audio animatronics at Disney are repurposed when possible. You’ll notice that the Greek scholar in one scene is actually William Henry Harrison. A Roman soldier is Zachary Taylor, and the Roman Senator is Theodore Roosevelt. Two Islamic scholars had their Epcot beginnings as Presidents Franklin Pierce and John Tyler at the Hall of Presidents. Their Islamic leader is the repurposed William Howard Taft, and in a scene with monks copying and translating the Bible, you’ll notice that the monk writing on parchment is President John Adams from the Magic Kingdom attraction. During the Renaissance scene, the lute player is none other than President Dwight David Eisenhower, and the sculptor to the left of the ride vehicles in the same scene is President Ulysses S. Grant.

1. At EPCOT, Cast Members grow fruits and vegetables in some fairly unconventional ways. Do you know what some of those ways are?

We shouldn’t be too surprised that EPCOT incorporates some ingenious ways of growing food, and you can see several of these methods when you enjoy the Living With the Land attraction inside the Land pavilion. Ever seen a Mickey-shaped pumpkin (outside of a Halloween-themed animated Disney special)? You will inside the Living With the Land greenhouses. Pumpkins are sometimes grown in plastic Mickey head-shaped containers. As the pumpkins get larger, they take the shape of the lovable mouse. Another ingenious way of growing food is with hydroponics. Hydroponics is a method of growing plants without using soil; instead, mineral nutrient solutions in a water solvent are used to grow food in areas where soil may not be suitable for growing food. Aquaculture is also used inside the attraction. Aquaculture is the breeding and harvesting of fish in all types of water environments. EPCOT takes aquaculture a step further by growing plants atop its fish tanks so that waste from the fish serves as fertilizer for the plants, thus helping them to grow.