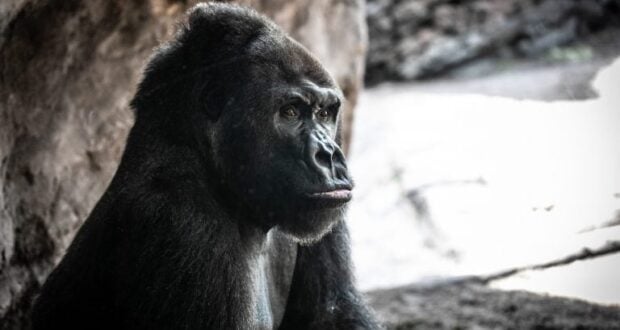 Who doesn’t love seeing the gorillas on the Gorilla Falls Exploration Trail at Disney’s Animal Kingdom? While there, you can learn about these magnificent animals as well as Disney Conservation Fund. 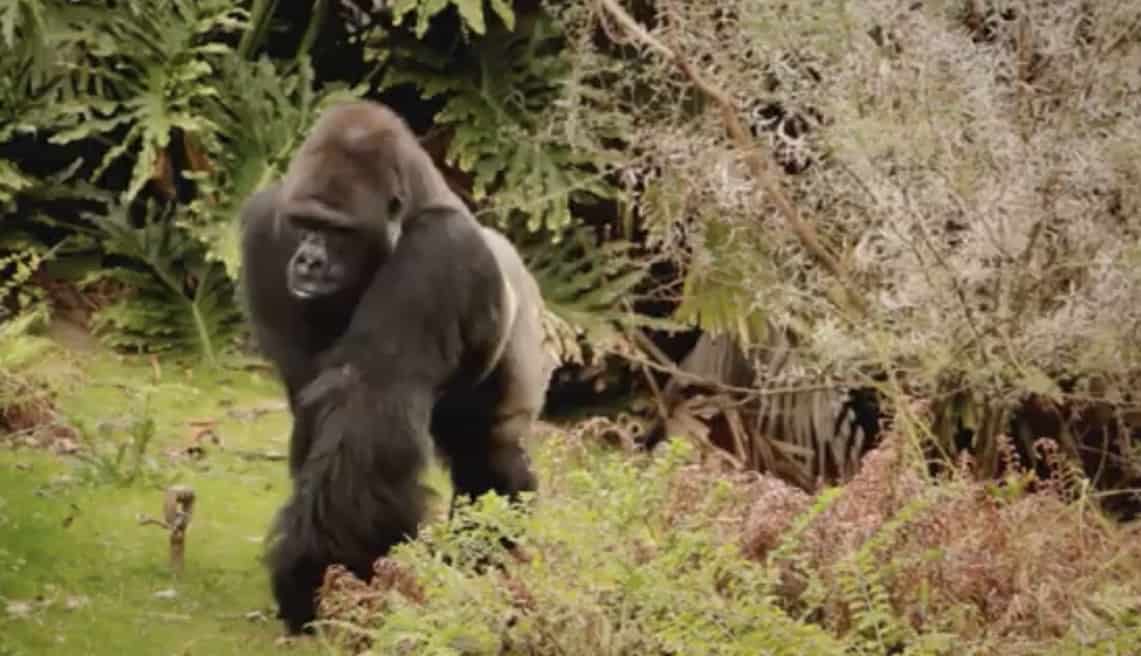 One of the most popular gorillas is Gino, who has been at Disney’s Animal Kingdom since the Theme Park opened. Gino is about to turn 41! Scott Terrell shared more about this milestone and Gino with Disney Parks Blog:

Over the past 24 years, thousands of animals have called Disney’s Animal Kingdom Theme Park home, but no other animal has had more of an impact on guests, cast members and the scientific community than Gino, a 40-year-old western lowland gorilla. Stepping up to the window on Gorilla Falls Exploration Trail and locking eyes with a 400-pound silverback, for many including our cast members and our guests, is an unforgettable experience that ignites a personal connection and lifelong passion for conservation of the world around us as well as this magnificent species.

As an opening-day animal at Disney’s Animal Kingdom, Gino, under the care of our dedicated team of veterinarians and animal care team, is not only the oldest gorilla at Walt Disney World Resort, he’s a favorite of many and something of an icon in the zoological community by his model involvement in the advancement of animal care for his species, gorilla conservation and animals around the world.

Disney Conservation is committed to saving wildlife and building a global community inspired to protect the magic of nature together. Since 1995, the Disney Conservation Fund has directed more than $120 million to support nonprofit organizations working with communities to save wildlife, including the Gorilla Rehabilitation and Conservation Education (GRACE) Center in the Democratic Republic of the Congo, where Disney animal care experts have been able to share best-in-class programs to help gorillas in the wild.

Capturing the Hearts of Cast and Guests

Despite his dominant, alpha-gorilla status, Gino often is a playful goofball who likes engaging with the people and animals around him. He isn’t just magnificent to look at; he pays attention to guests, he makes eye contact, he interacts with children through the viewing panel of his habitat and he’ll often orient his behavior toward the families on the other side. Gino loves to be the center of attention and has an eye for cameras. In fact, millions of families were introduced to Gino from the comfort of their living rooms on “The Magic of Disney’s Animal Kingdom” series, featured on Disney+, where his cake-sharing skills were tested by the rest of the troop. 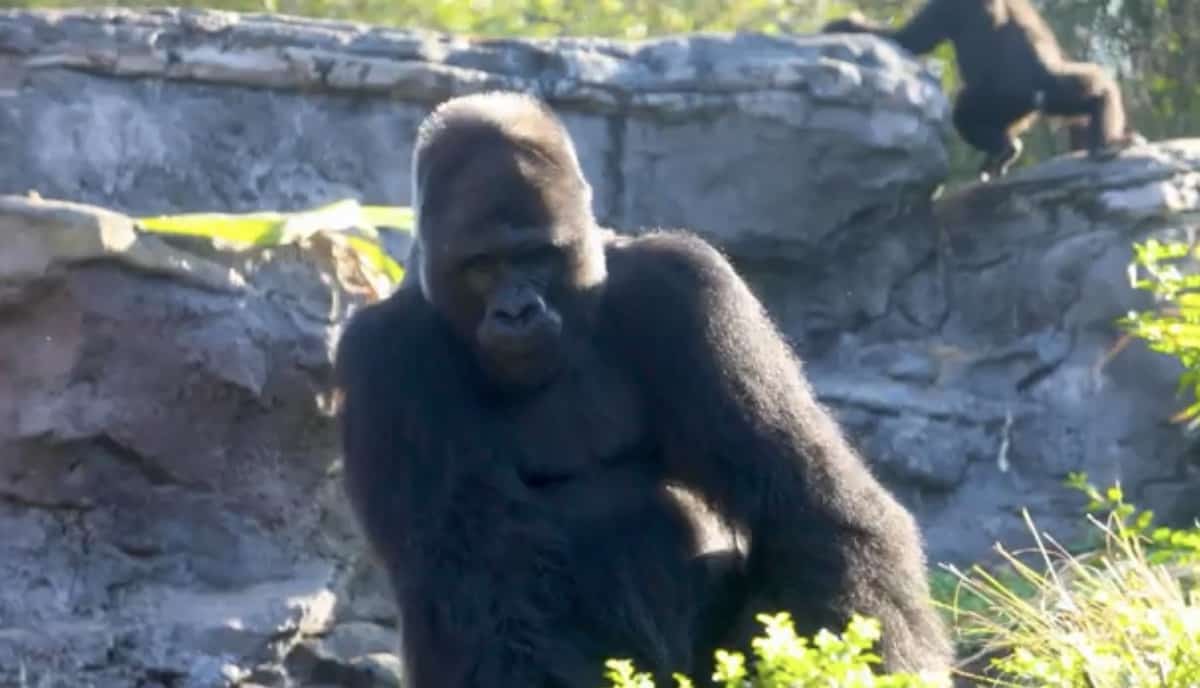 Based on the trusted relationships Gino’s developed with Disney’s world-class animal care experts, his laid-back attitude and participation in his own care have enabled his keepers to train and develop important techniques which benefit gorillas in managed care around the world.

Gino is something of a pioneer as one of the first gorillas in the world to allow his caretakers to perform cardiac ultrasounds without anesthesia. Cardiac disease is one of the leading causes of death in gorillas, and anesthesia can place an extra burden on their heart. Gino’s contribution has paved the way for a more accurate reading of his own heart health, and these methods have been adopted by dozens of zoological facilities who have been able to train these behaviors with other gorillas for procedures without anesthesia.

Ambassador for His Species

Gino is somewhat of a celebrity in the zoological community given his temperament, genetic significance and contributions to his species – so much so that he is the inspiration for the Gorilla Species Survival Plan (SSP) logo. Gino is genetically unique to the SSP in the United States and has played an important role in the responsible breeding of his endangered species. Gino has fathered a total of 14 offspring, and with his offspring spanning seven states, these births greatly help contribute to a healthy and genetically diverse gorilla population in managed care for generations to come.

His tolerant behavior extends to his family troop, too, making him a model father and troop leader. Gino still enjoys roughhousing with his juvenile sons and has allowed them to remain in the family troop far longer than is typical of a silverback. However, when the roughhousing extends to the younger members, Gino will step in to protect them as a caring father. Thanks to the tolerant behaviors Gino modeled, keepers at another AZA-accredited zoo where two of his sons now live were able to smoothly introduce another male into their bachelor troop. These tolerant behaviors will continue to influence future populations of gorillas far beyond Gino’s troop at Disney’s Animal Kingdom.

Gino is loveable for all of the reasons above and so many more. He’s fostered a personal connection with the millions who have encountered him, instilling an affinity for gorillas that has helped inspire the conservationists, veterinarians and animal keepers of today and tomorrow. At the end of the day, Gino is a teacher in his own way, and Disney – and the world – is better at animal care and conservation because of him. 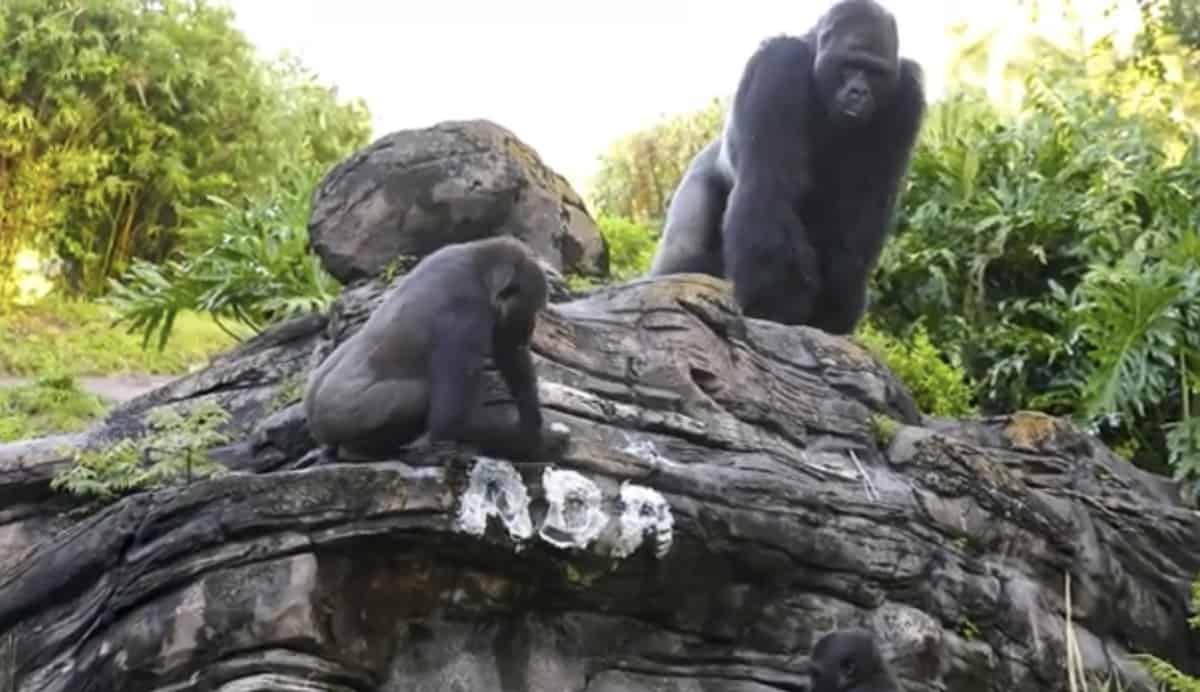