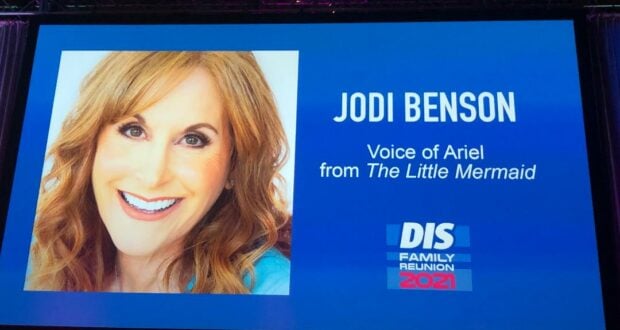 We had the honor of seeing a panel with Jodi Benson, who is the voice of Ariel from The Little Mermaid. She shared lots of memories and stories and even ended the panel by singing Part of Your World. She gave a little of her background. At 14, she was a janitor and would sing around the house. She sang a little in high school but didn’t take it seriously until college, when she started singing professionally. She encouraged the crowd to always hold onto your dream. 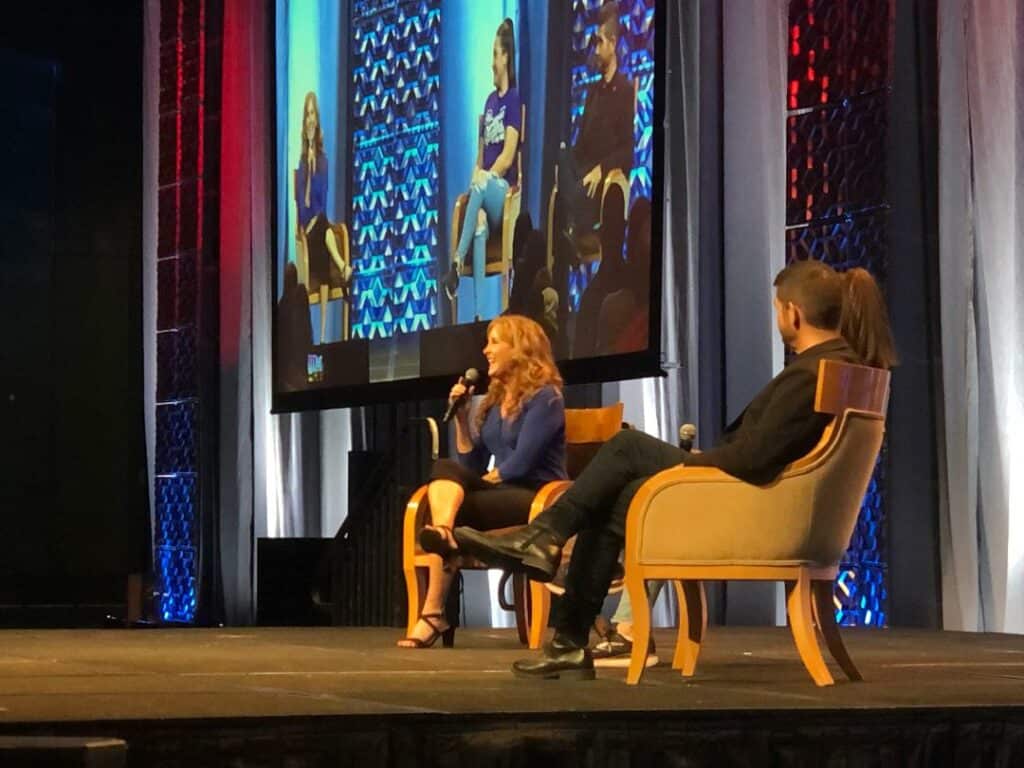 The Little Mermaid was completely hand drawn and took two and a half years to complete. The voice was recorded before the animation, and she was in the studio for about 15 or 16 days. She said how they didn’t want anything overproduced, and sometimes the vocals aren’t perfect. They wanted emotion over perfection. She shared that the most challenging line was “I love you, daddy” because she had a very rough relationship with her father. She always wanted to relate to the character but couldn’t at that moment. She was told to switch her mindset to the relationship she wished she had with her dad. 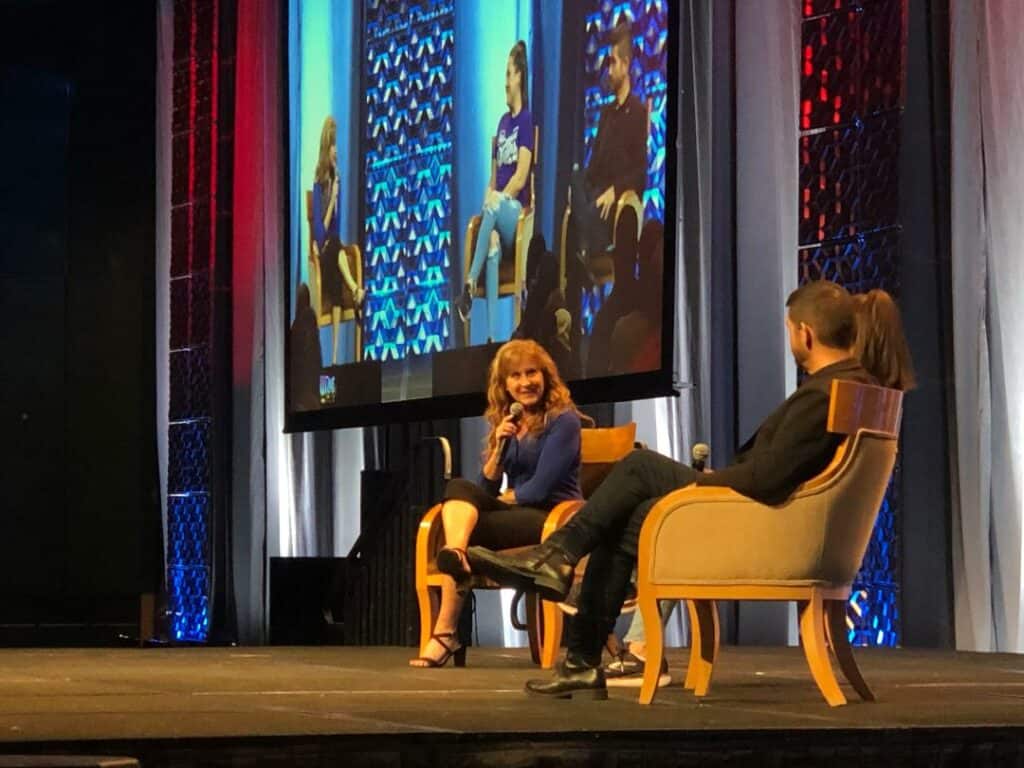 Guests were allowed to ask questions, and someone asked who her favorite Disney characters were. She said Ana and Elsa because she loves the relationship they have. If she could be the voice of any other Disney character, it would be Minnie Mouse. She shared that her favorite Walt Disney World ride is Expedition Everest and would enjoy pressing the button and waving goodbye to Guests as they’re about to ride. 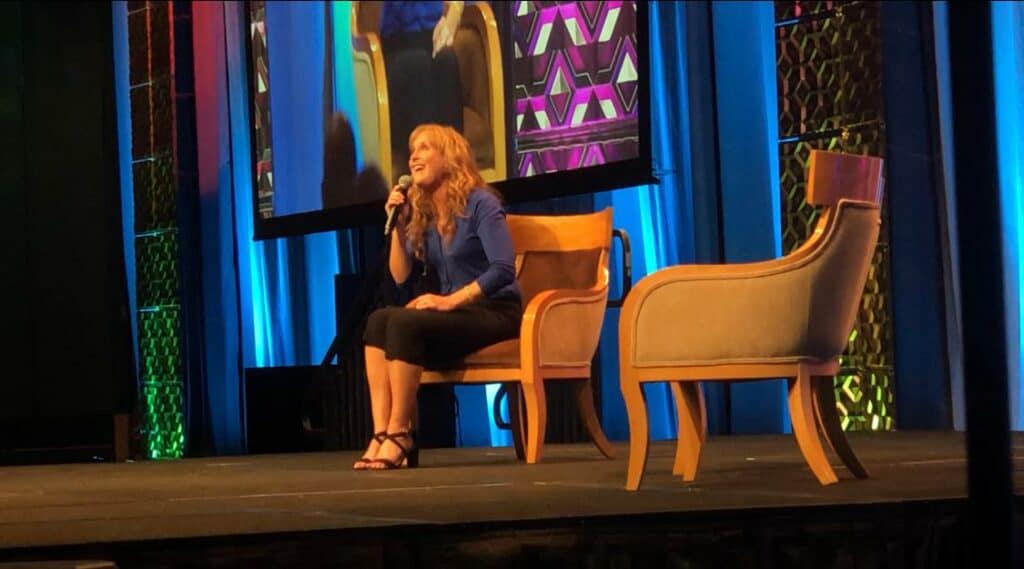 When she became a Disney Legend, she was excited not for herself but to thank and put the spotlight on everyone who brought this movie to life. She seems to be a very kind and loving person and it was an honor to see her live.