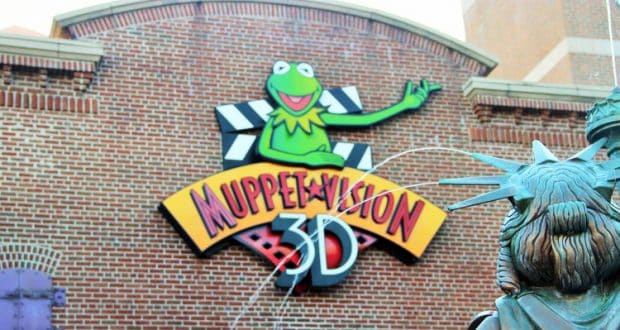 We reported previously that that Kermit balloon that was on top of MuppetVision 3D in Disney’s Hollywood Studios in Walt Disney World was rumored to be permanently removed.  We have received confirmation that the balloon is officially gone and no longer there.  The reason for the remove was rumored to be the fact that the balloon was visible from various focal points in the park, which would interfere with the new themed lands that are being built.

There has been no word that MuppetVision 3D will close.  With the renovation to change up Pizza Planet into a Muppet-themed pizza location, we expect that the Muppets will continue to have some presence at Disney’s Hollywood Studios for at least a little while.

As always, we will keep you posted as we learn more about upcoming changes to the park.