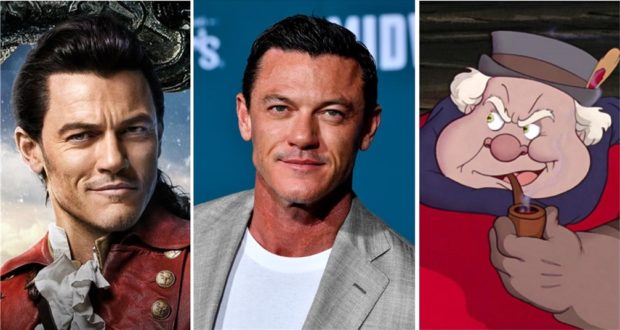 The very talented actor, Luke Evans, say down for an interview with Collider recently and discussed Disney’s upcoming live-action retelling of Pinocchio, and how things are going with the Gaston and LeFou series for Disney+. Check out the questions and Luke’s answered for an updated on the two highly anticipated Disney additions.

Question: It’s been announced that you’ll be playing one of the villains in Pinocchio with Tom Hanks. When a story like that has been told as many times as the story of Pinocchio has, what is it about a new version, or this version specifically, that won you over?

EVANS: “Well, I’ve always loved Pinocchio. It’s a timeless story. It’s a very old fairy tale or fable, whatever you want to call it. It has very powerful messages woven into the storyline, many that I think relate to young kids and young people. I don’t think it will be anything like any iteration of Pinocchio that we’ve seen before. I’m truly excited to be a part of it. I’m very honored that Disney has chosen me to play another villain in the world of Disney. I’m surrounded by some very talented people, including Mr. Hanks. It’s just a joy to think that I’m in the same film as that legend. I’m very excited about it. Very excited, indeed.”

Question: When we spoke for the second season of The Alienist, you were in full-fledged development on the Gaston and LeFou series. You said that there had been a second and third script written and they you were hearing some of the music. How much further along are things now? Do you know when you’re actually going to start production on that?

Question: Are you surprised, with a story like that or even a story like Pinocchio, that there are still surprises that can happen with stories that we’re so familiar with?

EVANS: No, I’m not surprised. Storytellers tell stories in different ways. Pinocchio is an Italian tale, originally. If you think about the Disney animation from 1940, it’s 81 years old. Disney is bringing it to life, and they’ve done such a wonderful job in their live-action remakes. I was in one that was extremely successful. That’s a perfect example of how you can bring a story to the live-action realm and still entertain people, and they don’t feel like they’re watching something that they already know. That’s the wonderful thing about bringing real actors in to play animated characters. They bring a three-dimensional performance to it. I think it will be very exciting. I’m very excited about bringing it to a new generation.