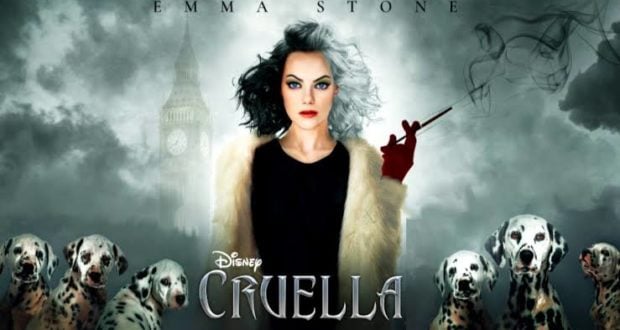 May Brings Many Original Programming to Disney+

The month of May will see an increase in original programming coming to Disney+ and we are super excited to see these new shows and films. We have an overview of some of those main premiers and when you can expect them on Disney+.

This new film featuring Emma Thompson as Cruella will take a look at the creation of this evil villain like we have never seen before. Cruella will be available on Disney+ for an additional fee on Friday 28th May.

Get ready wild cats as season two of High School Musical: The Musical – The Series will be coming to Disney+ this May. We will see the original cast return as well as some new additions as the cast works to put on Beauty and the Beast. The first episode will arrive on Disney+ on Friday 14th May, with new episodes dropping weekly afterwards.

This 10-episode season focused in Minnesota sees the Might Ducks return. This show focuses on 12-year-old Evan Marrow who is cut from the team and how is mom fights to find him a new team. New episodes will be released each Friday throughout May.

A documentary series of personal and cinematic stories that provide an inside look into the people, artistry, and culture of Pixar Animation Studios.   5 new episodes will be released on Friday 21st May.

We have gotten a start in watching Big Shots this month, but new episodes will continue throughout May as the team continues to work together both on and off the court.

There will be a special 70-minute opening episode dropping on May 4th, with new episodes being released every Friday throughout May. The Bad Batch will look at experimental clones who try to find their way in the changing galaxy.

This show is a collection of six live-action shorts from a new generation of dynamic storytellers. These six filmmakers were given the opportunity to share their perspectives and creative ideas in these new shorts. Launchpad will be released on Disney+ on Friday 28th May.

Which new show, movie or episodes are you excited to see join the Disney+ line up?