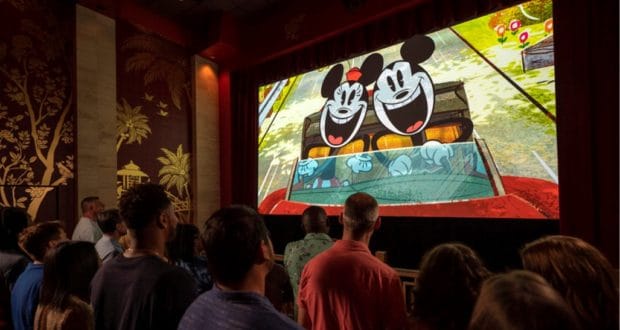 The newest attraction at Walt Disney World, Mickey & Minnie’s Runaway Railway, has officially returned its preshow! That’s right, instead of walking through the screen as we have been doing since Disney’s phased reopening, Disney has now made the preshow part of the queue once again!

How it started // How it’s going pic.twitter.com/ShcDnK1ZKn

Someone asked if that means the preshow has returned and McDonald confirmed with a “Yep!”

While the return of the preshow may seem small for some, many Disney fans have been asking for this piece of the queue to reopen simply because they never had a chance to see it in the first place. Mickey & Minnie’s Runaway Railway was so new when COVID closed the parks that this piece of the attraction has been missed due to social distancing precautions. We’re happy to see the return of the preshow and can’t wait to see more and more experiences reopen at Walt Disney World!