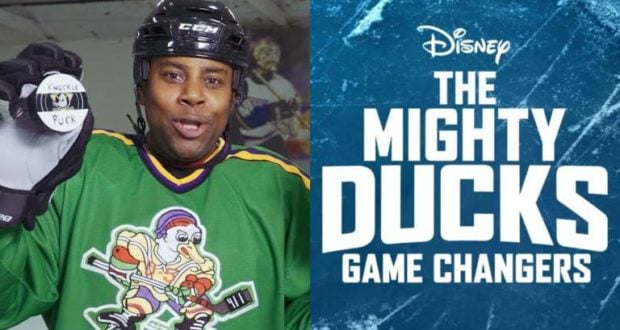 Might Ducks: Game Changers’ Could See Kenan Thompson in the Future

Season one of Might Ducks: Game Changers wrapped up this past week with all episodes posted on Disney+. A second season hasn’t been confirmed, but Kenan Thompson has discussed that he would invovled.

The new show focuses in on a group of new Ducks; however, a few of the original Ducks returned and made an appearance in episode six. Returning was Elden Henson, Matt Doherty, Vinny La Russo, Marguerite Moreau, Garret Henson, and Justin Wong all appear as their characters Fulton, Averman, Adam Banks, Connie, Guy, and Kenny Wu respectively. Even though it was great to see some of the originals return, there were a few missing including Kenan Thompson, but that could change.

Season two hasn’t been announced, but the showrunner discussed that if they are given the go ahead to produce a second season, he would love to bring back more of the original Ducks.

Have you seen this new series on Disney+?