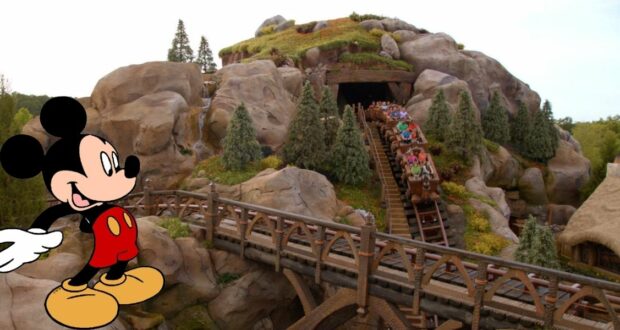 The Secret in the Seven Dwarfs Mine Train Line

One of the best things about visiting Disney Parks are all of the secrets hidden in plain sight. Whether it’s hidden Mickeys, secret menus, or interactive inanimate objects, Disney has filled their Parks with magic just waiting to be discovered by Park Guests.

A TikTok by @meganmoves recently uncovered a fun interactive moment in the line for the Seven Dwarfs Mine Train line that we might have previously overlooked. Disney Parks have done an incredible job at making lines interactive and entertaining, especially in recent years. Some of our favorite queues are Indiana Jones Temple of Doom attraction at Disneyland Resort, Star Tours at all Disneyland Parks, Haunted Mansion (that thunder crack gets us everytime), and Tower of Terror at Hollywood Studios. 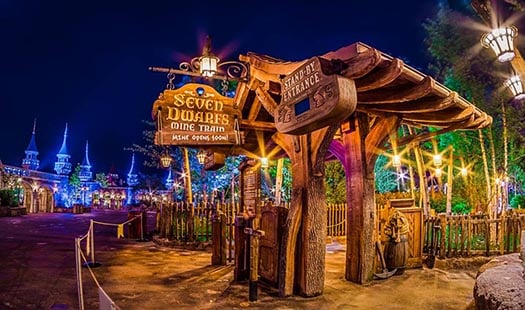 The Guest queueing areas are specifically designed to tell a story and set the atmosphere for the ride. This is in part what separates Disney theme Parks from other theme parks, the attention to detail and the atmosphere you are surrounded in is a constant reminder that you are inside the Disney films and stories, no matter where you are in the Park.

Well, this TikTok just taught us something we never knew before about the Seven Drawfs Mine Train. Sure we love those shiny crystal and gem stone barrels, but did you know they unlock a secret?

When you’re in the line for the Seven Drawfs Mine Train and you come upon these barrels, get 7 of you in your party or with the help of the people in the queue around you to help you spin all 7 barrels. When you spin them all at the same time, Snow White will appear.

This isn’t so widely known since people are rarely in a group big enough to coordinate this, but the people around you will be happy to see this hidden detail if you let them know!