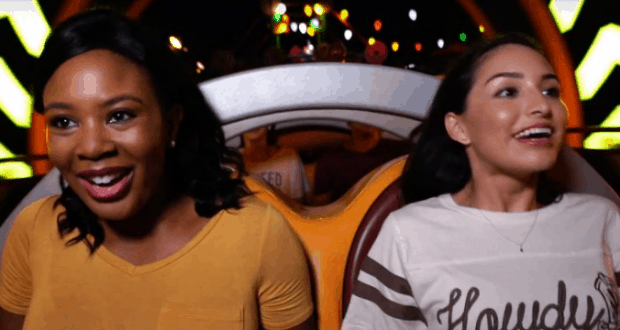 Disney After Hours is an amazing event that gives guests access to one of the Walt Disney World theme parks later in the day and then continue for a few hours after the park has closed.  The offering allows guests to experience fewer lines for some of the most popular attractions and experiences in the park.  The event is offered at Magic Kingdom Park, Disney’s Animal Kingdom and Disney’s Hollywood Studios.  We have learned from Disney Parks Blog that there will be additional Disney After Hours dates available, plus two special celebration nights coming to Disney’s Hollywood Studios.  We have a look at the dates and details for you below:

Here are the new dates for each park at Walt Disney World Resort:

Over at Disney’s Hollywood Studios, there will be two special celebration nights:

May 4th: Star Wars fans out there can also celebrate May the Fourth dressed up in Star Wars outfits.  Guests can also meet some of their favorite characters including Chewbacca with REY, Darth Vadar, Kylo Ren with CAPTAIN PHASMA, Ewoks, Jawas and imperial stormtroopers. There will also be a variety of specialty treats and other offerings available for purchase.

Here is a closer look at Disney After Hours:

Guests attending Disney After Hours are able to enter the park at 7 PM and then have access to the event until it ends.  Ice cream, popcorn and select beverages are also included in the admission for the event.  There will be other food and beverage offerings available for purchase.  The tickets for the event cost $125, plus taxes when purchased in advance or $129, plus taxes when purchased the day of the event. Disney Vacation Club Members and Annual Passholders are eligible for discounted tickets priced at $95, plus taxes.

Who out there has attended a Disney After Hours event?