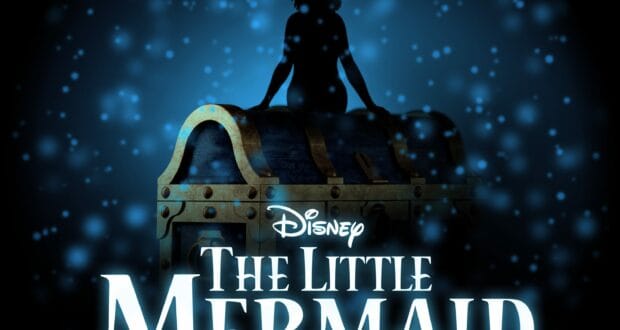 We love learning all that we can about the Disney Wish! From the different rotational dining options to the AquaMouse, we want to know everything! There is new information about the entertainment on the Disney Wish, here is the official press release:

CELEBRATION, Fla. (Nov. 22, 2021) – Disney Cruise Line has unveiled new details about the two brand-new theatrical productions coming to its newest ship just days after the shows were first announced during a presentation by Disney Parks, Experiences and Products Chairman Josh D’Amaro at Destination D23 on Saturday.

Setting sail in summer 2022, the Disney Wish will debut two original stage spectaculars in its state-of-the-art Walt Disney Theatre: an innovative, Broadway-style take on Walt Disney Animation Studios’ “The Little Mermaid” and an embarkation day celebration helmed by Captain Minnie, Goofy and an all-star cast of Disney and Pixar characters. Up on deck, guests will rock out to an all-new pirate deck party complete with fan-favorite fireworks at sea. 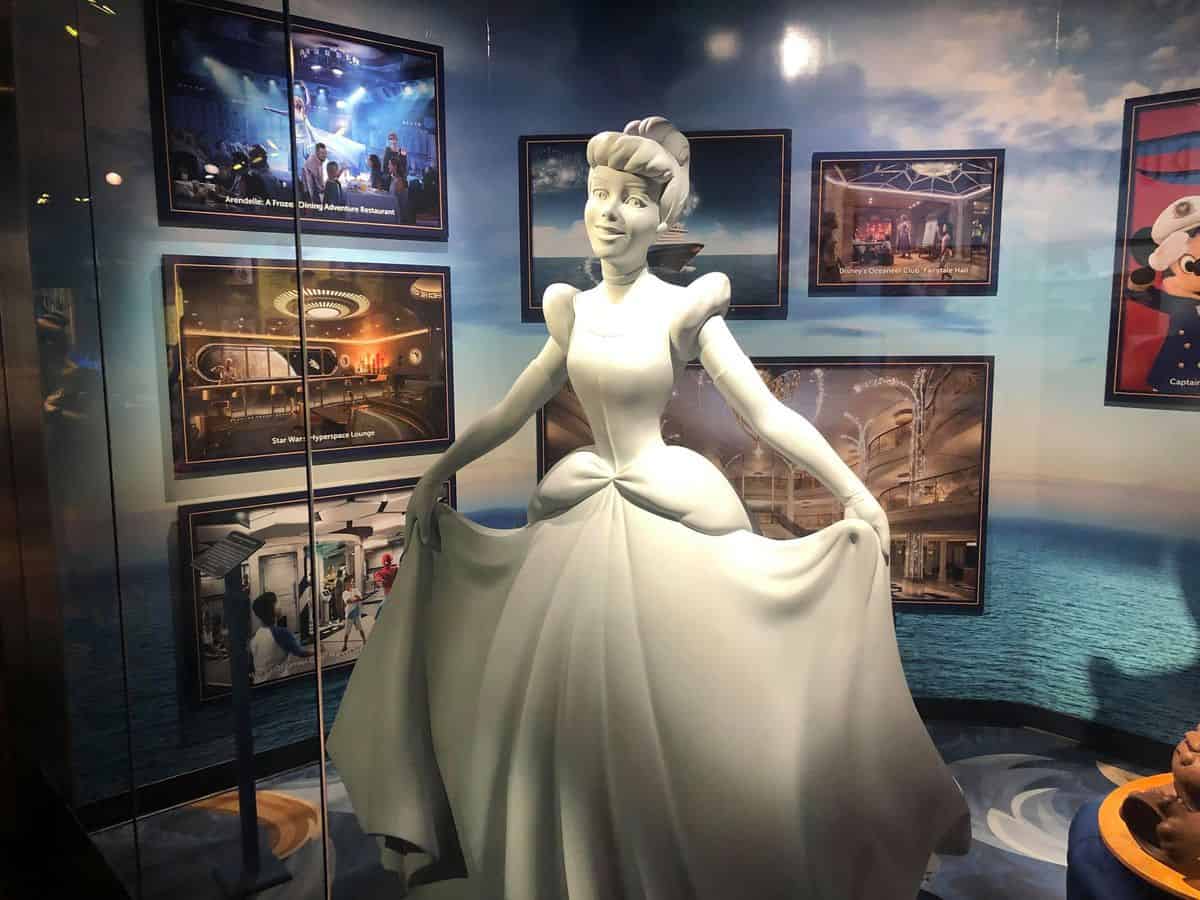 A hallmark of the Disney Cruise Line experience is the unparalleled live entertainment performed in the Walt Disney Theatre. On the Disney Wish, this elegant 1,274-seat show palace will evoke an enchanted forest inspired by scenes from Walt Disney Animation Studios’ “Fantasia,” with orchestra and balcony seating spanning three decks. The theater will be equipped with state-of the-art technology, including the most robust projection mapping capabilities of any Disney ship and a Dolby Atmos 3D audio system — a first for the cruise industry — to create a transformative theatrical experience rivaling anything on land or at sea.

“Disney The Little Mermaid” will be an original Broadway-style stage adaptation of the renowned 1989 Disney Animation film developed exclusively for the Disney Wish. During this one-of-a-kind theatrical production, audiences will rediscover the iconic scenes, acclaimed music and beloved characters of “The Little Mermaid” while experiencing the story like never before.

In this modern-day retelling, the curtain will rise on an enchanted treasure chest at the moment it is discovered by a group of storytellers, led by a special young woman who has the power to unlock its magic. As they uncover the whozits and whatzits galore hidden within the trunk, the storytellers will take on the roles of Ariel, Ursula, Prince Eric, Sebastian, Flounder and more, bringing to life the immersive undersea world right before guests’ eyes. They’ll put their own contemporary spin on the timeless story of a young woman’s search for independence, love and a place in the world. 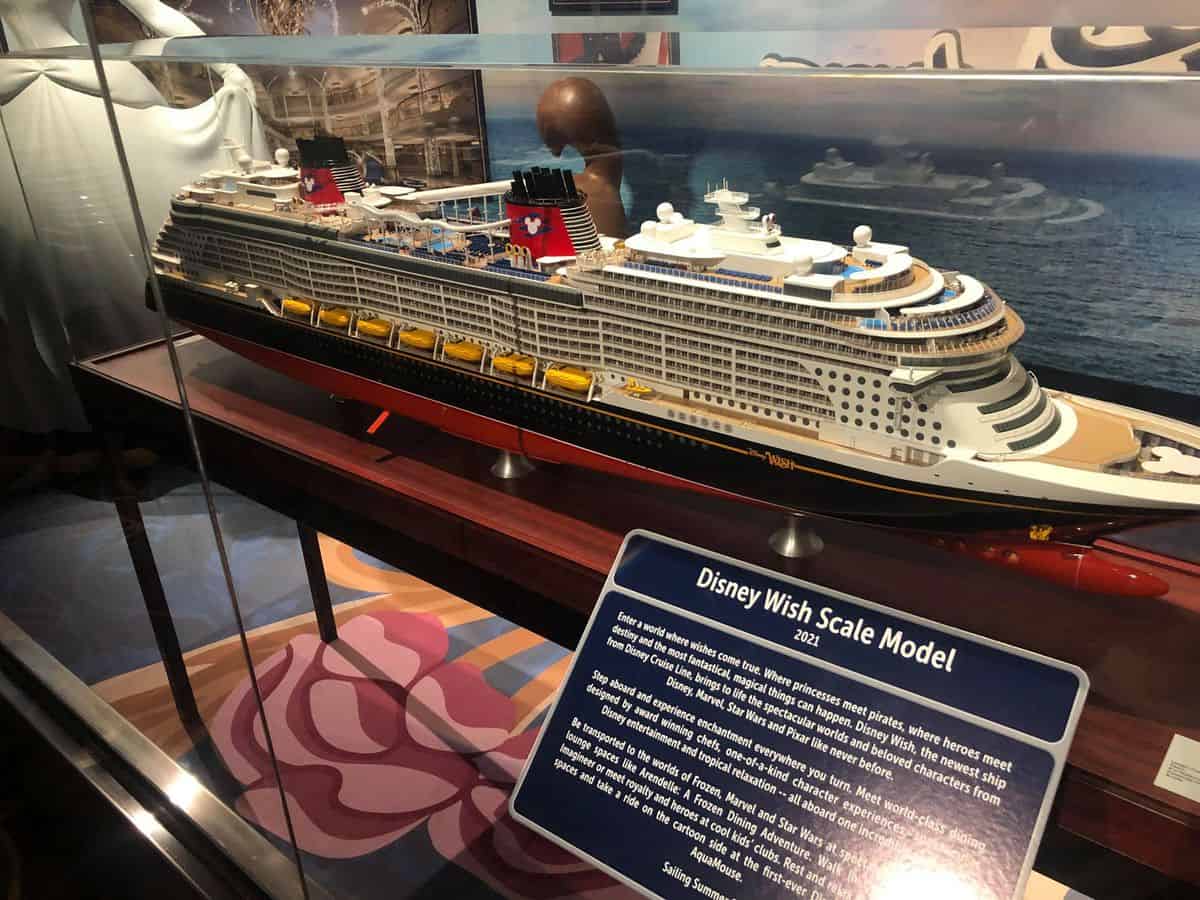 The creative minds at Disney Cruise Line have joined forces with a team of top Broadway talent to bring this treasured tale to life through an elaborate, whimsical and resonant storytelling experience that will offer audiences a brand-new way to be part of Ariel’s world.

“Disney The Little Mermaid” will feature innovative theatrical design, dazzling special effects, artistic choreography, and a reimagined script and score that will surprise and delight guests of all ages.

“‘The Little Mermaid’ is a timeless story, one that transcends generations,” said Shelby Jiggetts-Tivony, vice president, creative and advanced development, Disney Live Entertainment. “Our hope is that this new stage adaptation aboard the Disney Wish continues that incredible legacy, not by simply reenacting the elements that make the original film so powerful, but by reinterpreting it in a way that resonates with the audience sitting in the theater each night.” 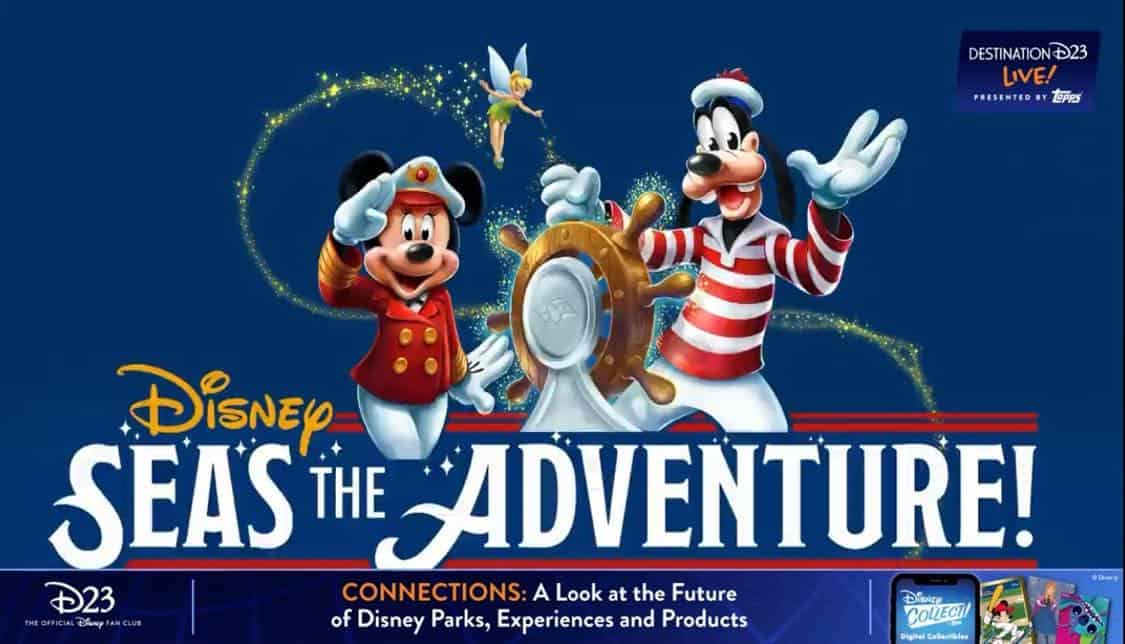 On their first night aboard this enchanted ship, Disney Wish guests will embark on a musical voyage into some of their favorite stories during an original musical spectacular, “Disney Seas the Adventure.” When Captain Minnie hands over the helm to her dear friend Goofy, he’ll set sail into uncharted waters on a journey to discover his own inner captain.

Along the way, Goofy will encounter a bevy of bold, brave and brilliant Disney and Pixar friends who encourage him to lead with his heart through rousing renditions of iconic Disney songs.

The adventure will culminate in a cavalcade of characters joining Captain Minnie and Goofy on stage during a grand farewell before leading guests out of the theater and into the Grand Hall for an unforgettable sendoff experience – the ultimate “kiss goodnight” to close guests’ first day on board.

As previously announced, the Disney Wish will also feature a reimagined adaptation of “Disney’s Aladdin – A Musical Spectacular,” a guest-favorite show from across the fleet. This fast-paced musical comedy is based on the classic Disney Animation tale of Aladdin meeting the Genie, battling the evil Jafar and falling in love with Princess Jasmine.

Iconic scenes and songs from the movie will be re-created on stage with brand-new sets and theater-filling projection design developed exclusively for the Disney Wish. Highlights include a lively, Las Vegas-style rendition of “Friend Like Me”; a breathtaking performance of “A Whole New World” atop a flying magic carpet; and a solo performance for Jasmine titled “To Be Free,” created for Disney Cruise Line by Grammy Award-winning composer Alan Menken.

Another guest-favorite Disney Cruise Line experience will return aboard the Disney Wish in an all-new way with the premiere of Pirate’s Rockin’ Parlay Party, a new take on the fleet’s signature nighttime deck celebration sure to delight landlubbers and freebooters alike.

On one special night of every voyage, guests of all ages can don their most swashbuckling pirate garb and head to the upper decks for a rollicking rock-and-roll extravaganza unlike anything on the high seas, complete with fireworks at sea like only Disney can do.

Hosted by Captain Redd — a descendent of the famous red-headed rogue from the Pirates of the Caribbean theme park attractions — the show will feature live music, remarkable stunts, special effects and plenty of surprises. Throughout the party, she and her band of head-banging buccaneers will perform famous radio hits from the genre, plus a rockin’ rendition of the classic pirate tune “Yo Ho (A Pirate’s Life for Me).”

When Redd assembles a fearsome council of captains, including the notorious scoundrel Captain Jack Sparrow, they’ll unlock a sparkling treasure that lights the night sky: a fantastic fireworks display underscored by an original arrangement of the sensational soundtrack from the Walt Disney Studios “Pirates in the Caribbean” films.

In true Disney Cruise Line fashion, the Disney Wish will offer a robust menu of world-class entertainment throughout every voyage. In addition to original stage spectaculars and exhilarating deck parties, guests will enjoy immersive dining experiences themed to “Frozen” and Marvel; first-run films in the ship’s two boutique cinemas; one-of-a-kind character experiences and programming for kids of all ages; fun family activities in new venues like Luna and Hero Zone; tailored programming for adults every evening; and so much more.

The Disney Wish will sail its maiden voyage on June 9, 2022, followed by a season of three- and four-night cruises to Nassau, Bahamas, and Disney’s private island, Castaway Cay, from Port Canaveral, Florida.

To learn more about the Disney Wish or to book a vacation, guests can visit disneycruise.com, call Disney Cruise Line at 888-325-2500 or contact their travel agent.